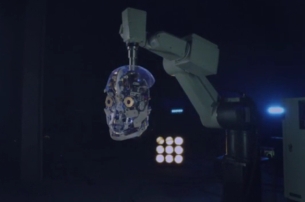 Here East, London’s home for making based at the former Press and Broadcast Centres on Queen Elizabeth Olympic Park, today launches a short promotional film to demonstrate its vision and reveal the spirit of invention and discovery that lies at the heart of Here East’s offer to the tech, creative and making communities.

Forty crew members, a six tonne, thirty foot technocrane, a 4K drone and one hand-crafted robot were commissioned specifically by Here East to launch its marketing strategy and to create the unique footage of this ground-breaking London 2012 legacy project. The film aims to capture the attention of those entrepreneurial, creative businesses looking to scale, as well as established companies seeking to become more entrepreneurial.

The film was conceived by creative agency Poke and directed by The Theory at Nexus Productions – both of whom have their roots in East London – and additional film direction was provided by The Theory. The film features a double-life size robot designed and developed by John Nolan Studio in Stoke Newington. The robot took eight weeks to build from scratch, and features over thirty individual addressable ‘muscles’ to enable expression and movement.

The film is inspired by the making community and illustrates the innovative and creative talent that exists in London. Here East is a place of immense possibility made from the unique and vast technological capabilities of the London 2012 Olympic Press and Broadcast Centre. It will be a world-class creative and digital cluster, and is already home to the studios of leading broadcaster BT Sport.

Here East provides a dedicated place for companies and individuals who embrace and pioneer cutting-edge technology, share expertise and are creating the products of tomorrow. It will create over 7,500 jobs, including 5,300 directly on-site and a further 2,200 in the local community, through the impact of using local supply chains and new business generation.

Commenting on the launch of the film, Gavin Poole, CEO of Here East said: “We wanted to showcase the scale of our ambition and the values that lie behind Here East. From concept to final cut, this film was inspired and created by the fantastic array of talent that exists in East London.” 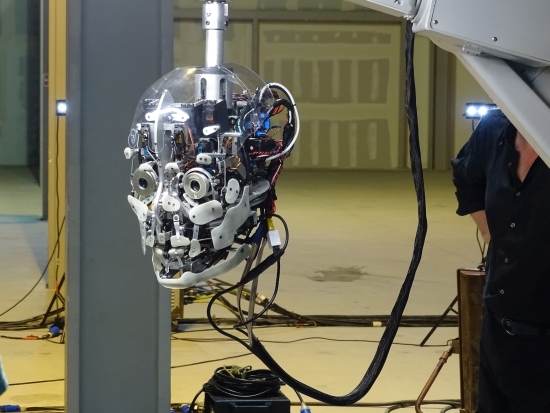 Commenting on the design and creation of his robot for Here East, John Nolan said: "Here East was a dream project for us. An opportunity to build the ultimate robot, something we know and can identify with, something we see everyday...a human.  And to be considered as one of East London's makers in a project like this was incredible - the chance to create the voice of Here East."

Also commenting on the film launch, Tom Hostler, Founding Partner of POKE said:  “Here East is a bold and ambitious development, which demands a bold and ambitious approach to brand communications. This film is a rallying call to the creative and maker communities to create excitement and bring Here East to their attention, explain the purpose and intent of the brand – and, by using an all-local supply chain, demonstrate its commitment to economic uplift in East London.” 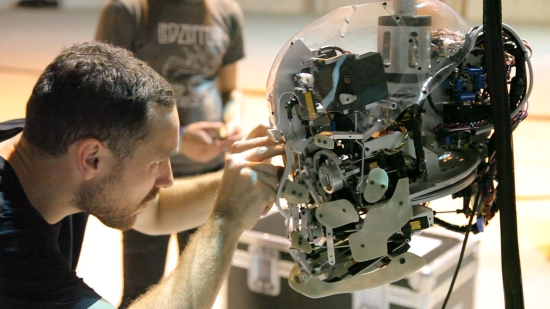 The release of this short film signals the launch of Here East’s marketing strategy. Here East is currently over 40% pre-let including key tenants BT Sport (who already broadcast live from Here East), Loughborough University, Hackney Community College and Infinity SDC. A new Centre will also be opened at Loughborough University in London, located at Here East, to act as the London Hub of the Advanced Propulsion Centre (APC) as part of the Government’s commitment to developing low-carbon vehicle technology.

Construction works to transform the buildings at Here East began on 20th October 2014 and are being carried out by Laing O’Rourke. The former Press Centre will be ready for occupation in early summer 2015, while Loughborough University will open its brand new London campus to its first cohort of students in October 2015. BT Sport is already broadcasting live premiership football directly from Here East. The former Broadcast Centre will feature office and studio space, and will undergo a phased delivery, with the complete space ready for occupation in early 2016.