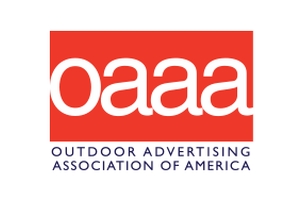 PNYC (Partners + Napier NYC) has been selected as a creative agency for the Outdoor Advertising Association of America (OAAA), following a competitive review. OAAA is the national trade association for out of home (OOH) advertising, representing 800 member companies, which account for over 90 percent of all industry revenue in the US.

“We are thrilled to be working with PNYC. Their strategy helped us think not just about the power of OOH, but about OOH as a brand with a clear and distinct role in advertising,” said Stephen Freitas, Chief Marketing Officer at OAAA. “Their ideas will undoubtedly capture the attention of our industry and drive our message home.”

PNYC will be tasked with increasing OOH’s share of the industry’s overall media budget with a campaign targeted at media planners and the industry at large, set to launch this fall. OOH is the second fastest growing medium after digital advertising.

During the pitch, PNYC demonstrated the power of OOH with a well-timed stunt that garnered 18.4 million impressions and nearly $300,000 in earned media in just 36 hours.

This is the fifth new-business win in the last eight months for the NYC-based agency, which was most recently named AOR for ShopKeep, and creative partner in North America for the Singapore Economic Development Board, a government agency.