PlayStation Says the #GameIsNeverOver for Athletes in New Campaign 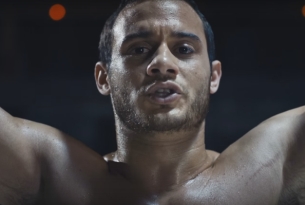 PlayStation is involved in the world of sports and wanted to reaffirm its commitment by signing a three year partnership with the prestigious French sports institute: INSEP. The brand seized this opportunity to launch a communication campaign celebrating the daily work put in by INSEP athletes.

The campaign’s concept #GameIsNeverOver was born by watching athletes from all ages and all kind of disciplines repeating the same actions all over again, sometimes to the point of exhaustion. The campaign’s message is the following: defeat is just one necessary step in every high performance athlete’s path. It is only thanks to bravery, perseverance and relentless work that they can one day become champions. But the campaign’s purpose is also to create a strong link between sports and video games. Indeed, PlayStation directs its message as much towards sports players as towards gamers. Although they come from different worlds, they share a common state of mind: they are competitors through and through.

It was therefore only natural that the athletes be at the heart of this project. Thirteen of them have been selected to become the showcase of their institution and its values.

Souleymane Cissokho (boxer), Samir Ait Said (gymnast) and Romain Imadouchene (weightlifter) have transcribed their daily efforts in three movies imagined and directed by Sebastien Guinet and Josselin Pacreau, creative team at TBWA\Paris in collaboration with Benjamin Marchal and Faustin Claverie, Executive Creative Directors. These digital movies are the milestones of this campaign. The endless repetition of their daily efforts is emphasized thanks to the 'GIF' concept, that have become a true communication tool on the Internet.

Ten other athletes are the subjects of a customized photo campaign. During 2 months, photographer David Marvier will capture their emotions by following them in training sessions and competitions. The aim is to give these athletes the opportunity to express their determination to win towards their fans, no matter what the result of the competition is or if the training went well or not.

All the pictures, movies and cheers shared with #GameIsNeverOver are gathered on a Social Wall.

Thanks to this campaign, PlayStation hopes to fan the flame of determination burning in every one of us, but also to galvanize French athletes, some of who will soon face one of their biggest challenges in Rio…