PlayStation Charts 18 Year History with 'Since 95' 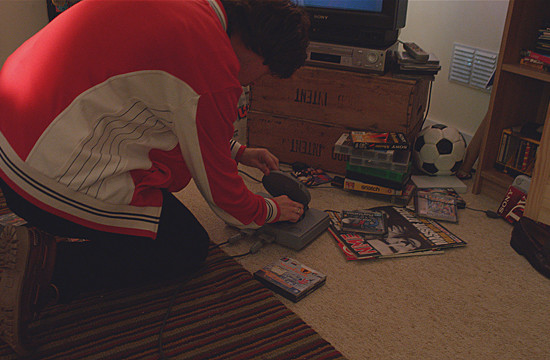 Sony Computer Entertainment has today released ‘For the Players Since 95’, a video commemorating 18 years of PlayStation® and its role in popular culture.

Set in the bedroom of a typical inner-city British flat from 1995, the video consists of a single steadycam shot that seamlessly depicts PlayStation’s near 20-year history. As the camera moves around the room, the video transports viewers to different periods in time – with the room’s style and contents changing to depict each era. The video evolves against the backdrop of London’s changing skyline, with hidden references within each scene – including posters of old games, CDs, mobiles, haircuts and fashion from different stages in PlayStation’s history.

The original PlayStation® console, which was released in the UK in 1995, sets the scene with its classic start-up sound and screen, while subsequent consoles and games feature throughout the video including PlayStation®2, PlayStation®3, leading up to PlayStation®4 - Sony’s next-generation games console, which launches in the UK on the 29th November 2013.

“With the imminent launch of PlayStation®4, we wanted to celebrate the fact that PlayStation® has been at the heart of gaming, and popular culture, for the last 18 years,” says Murray Pannell, Marketing Director, Sony Computer Entertainment UK. “The video represents an emotional journey through time, which reminds us of how PlayStation has evolved, the moments we’ve shared playing games with friends, as well as how much our world has changed since then.”
 

‘For The Players Since 95’ was inspired by the globally trending #playstationmemories, which encouraged gamers to share their favourite moments from playing games over the past 18 years.

The campaign was created by Drum and Manning Gottlieb OMD. PR support is provided by Fever.