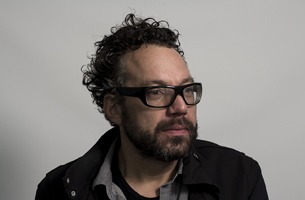 I love ads. When watching the Super Bowl ads, though, I am less interested in the spots themselves and more interested in the implications for the brands for which they advertise. Which spots trumpet the coming of a meaningful shift? Which are a funny, controversial, or heartfelt flash in the pan, to be forgotten as the next water-cooler-topic-du-jour occurs days (or hours) later?

The Super Bowl has always been a venue to go big or go home - whatever you have to say, say it loud and millions will listen. Evolving the character of a brand often takes years, but an impactful and surprising spot featured during the big game can spark a more rapid transformation. Moreover, if the brand is able to maintain and continue to build upon the message showcased during the Super Bowl they will be more effective in affecting meaningful and lasting change to their brand character.

At Y&R, we measure brand health using our BrandAsset® Valuator (BAV®), the world’s largest propriety study on brands. Reaching 750,000+ consumers and covering 50,000+ brands globally, this tool allows us to decode a brand by quantitatively examining how consumers perceive and experience the brand. Using this data, we uncover what we call Tensity - the potential ways in which a brand can create depth and intrigue by highlighting seemingly oppositional characteristics.

The Super Bowl is a great forum for marketers to demonstrate new dimensions to their brands and to reap the rewards from doing so. Dodge’s “Farmer” spot, for instance, aired during the 2013 Super Bowl and was one of the most impactful of the year. What made the spot so powerful was not just the great creative, though it was beautiful, but also the implications for the brand character of Dodge. Whereas Dodge has always been considered a brand that epitomizes ruggedness, reliability and trustworthiness, this spot beefed up Dodge’s softer side. And it worked. Y&R’s BAV showed us that between the end of FY 2012 and the end of FY 2013, Dodge saw a significant spike in the “Socially Responsible,” “Cares for Customers” and “Visionary” values, attributes which were historically very low for the brand. By bolstering its lower-value (and more emotional) adjectives while still honoring its traditional, all-American credentials, Dodge was able to improve as a brand year over year. Dodge then continued to build upon this Tensity by launching its “Next Crop” campaign, designed to support young farmers.

Another brand that brilliantly leveraged untapped Tensity potential recently was Cheerios. Prior to the 2014 Super Bowl, Cheerios launched a campaign featuring a bi-racial family. The first spot (“Just Checking”) received unbelievable, and often racist, backlash. Cheerios even had to close the comment section for the spot on YouTube. Rather than back down from the ad, though, Cheerios actually doubled down with a follow-up spot - “Gracie” - in last year’s Super Bowl. Due to Cheerios holding its ground and allowing the campaign (and by extension, its support for modern families) to achieve longevity, BAV showed a large bump for Cheerios in the “Leader,” “Visionary,” “Daring” and “Unique” attributes (which were all extremely low prior to the campaign). These values added much needed tension to a brand that was historically one-dimensional: known for being “Healthy,” “Down-to-Earth” and “Traditional.”

Watching the ads last night, it was great to see that a number of brands showed an appetite for Tensity by presenting us new sides that will - if carried through - add much needed depth and dynamism to those brands’ characters.

Carnival, for instance, eschewed the “floating theme park” idea and instead featured the inspiring oratory of JFK, Jr. highlighting how mankind is “tied to the ocean.” Rather than focusing on water slides and buffets, the spot took a more meaningful, almost spiritual approach.

BMW used a lighthearted, humorous way to talk about innovation, gently poking fun at how new and unfamiliar the Internet seemed not too long ago. Rather than rattling off a list of high-tech features of the new electric i3 that only the elite few would understand, the ad did a great job of making tech innovation approachable.

In a move that shows Tensity can be demonstrated via media choices as well as creative execution, Friskies teamed up with BuzzFeed, a digital publisher that epitomizes the modern zeitgeist. “Dear Kitten,” which is mainly being viewed online, is one of the most talked-about of the leaked 2015 Super Bowl commercials. While others are cooing at the little orange furball, I am more taken by the interesting partnership between the more traditional Friskies and the young, dynamic upstart BuzzFeed.

The question is: Can these brands continue to create a lasting and more intriguing brand character based on these ads, long after the parade confetti falls?