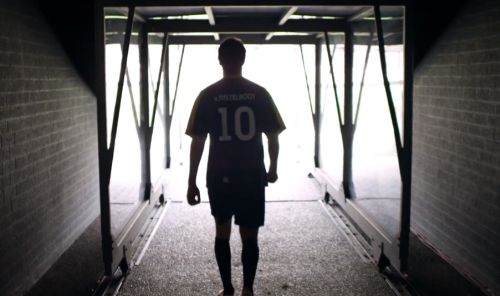 The Dutch international and fourth highest goalscorer in UEFA Champions League history teamed up with Xbox and EA SPORTS™ to launch “Play Like a Legend” to promote his status as an EA SPORTS™ FIFA Ultimate Team Legend. EA and Xbox can now announce that Ruud is BACK in the game and has now finally signed with a club.

The final FIFA 14 Play Like A Legend video shows Ruud going back to his roots. We see Ruud celebrating being signed to a new club at PSV (Philips Stadium) where he became THE football legend scoring 31 times in his first season.

The former Man United Legend got his fitness back through grueling workouts with his coach and was tested to the limit as he performed a real life Xbox One FIFA 14 target challenge where he managed to score some incredible goals in pitch darkness! Who else would be able to perform a skill like this other than the fourth highest goalscorer in UEFA?

The work was created by Jam's Ben da Costa, James Fernandes and James Greening, and directed by David Hartley through Believe Media