Channel 5, Vizeum and Endemol have agreed a deal which ties Big Brother with film release 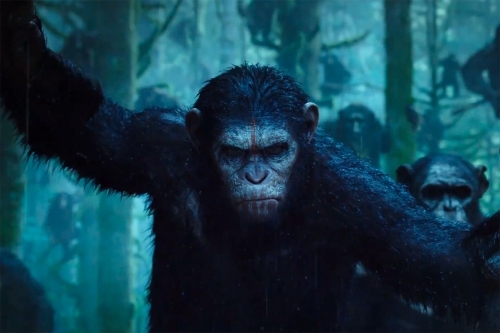 Channel 5, Vizeum and Endemol have agreed a deal which ties Big Brother with the new 20th Century Fox film; Dawn of the Planet of the Apes, released July 17.

On Sunday 13 July, the Big Brother housemates will face a survival mission – the Big Brother garden will be transformed into a post-apocalyptic world and housemates must pass a number of survival-based tasks in order to get to the safety of the house. The winning team will then get a sneak peek of footage from the film.  All partners have worked closely with Endemol’s editorial team to include Dawn of the Planet of the Apes film posters within the house and there will be tweets pushing BB’s 600,000 followers to watch the task.

Maria Buttaci, Media Promotions Executive, 20th Century Fox said: “Dawn of the Planet of the Apes is this summer’s visually spectacular, tension-filled action thriller. With Big Brother still being one of the most significant television events of the season, it made sense for us to work with Channel 5 and Endemol to develop a seamless activation that brings the two together in a creative and fun way.”

Agostino Di Falco, Partnerships Director at Channel 5 said: “Because Big Brother delivers more 16-34 adult ratings than any other show on commercial TV, it’s the perfect vehicle in giving Dawn of the Planet of the Apes an edge over other film releases in the summer.”

Robbie Ashcroft, Creative Solutions Manager, Vizeum said: “The Big Brother house is one the UK’s most iconic TV sets and integrating Dawn of the Planet of the Apes into the show in this unique way will provide great exposure for the movie. Bringing this activity together across social and traditional channels should help make the film’s release one of the movie events of the summer.”