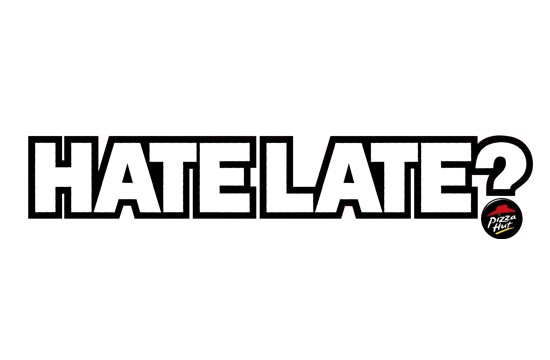 The whole of the country (Philippine's) has been urged to take time-keeping seriously, now that President Benigno Aquino has signed Republic Act No 10535 requiring all government offices and broadcast media to follow the Philippine Standard Time (PST) effective June 1, 2013.

On the same day, BBDO Guerrero launched its PST effort under Pizza Hut’s Hate Late? delivery campaign.  Announced through print, a dedicated website ( www.pst.ph) and on Facebook, everyone is encouraged to call Pizza Hut’s delivery hotline 911-1111 for the PST time.  A call handler will happily give the correct time based on PAGASA – a service Pizza Hut Delivery has committed to give to the public in full support of the President’s mandate.

BBDO Guerrero launched the Hate Late? delivery campaign way back in 2006.  It is based on a strong consumer insight – that in a country known for being lax with time-keeping, Filipinos seem to demand punctuality when it comes to their meals.

David Guerrero, Chairman and Chief Creative Officer of BBDO Guerrero, the first and only Philippine agency to make it at the Top 50 of the Gunn Report global creative rankings, said: “As punctuality is inherent to the delivery brand, Pizza Hut took it on as an ongoing advocacy.  So it is just fitting that Pizza Hut would be the first to show full support when this became standardized.”

In 2011, BBDO Guerrero and Pizza Hut partnered with the Department of Science & Technology, the Discovery Channel, and beauty queens Shamcey Supsup and Venus Raj to stage the Pizza Hut Pre-countdown Countdown.  The event encouraged the public to synchronize their watches as they simulated the New Year’s Eve countdown a day early so the whole country could celebrate New Years Eve at exactly the same time.