In a national campaign via Host Sydney supported by TV, online, radio, social media and PR 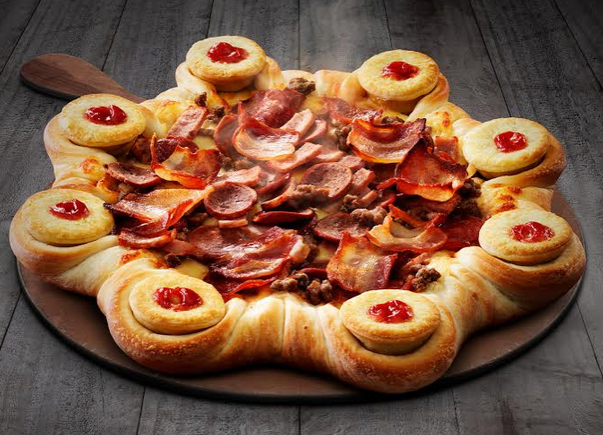 Two of Australia’s favourite brands, Pizza Hut and Four’N Twenty, have teamed up to create the Four’N Twenty Stuffed Crust Pizza, with this week’s national launch.

Over the past few weeks the brands have engaged in a form of online courtship that’d make Warney and Liz Hurley blush. Fans of the brands have been entertained by, and involved in, a relationship that’s seen it all - from very public displays of affection, to jealousy, and wild mood swings. This week all was revealed with the arrival of their lovechild: the Four’N Twenty Stuffed Crust Pizza.

The parents couldn’t be prouder.

Pizza Hut Australia Head of Marketing and Innovation Fatima Syed said: “Aussies love pizza and we love pies, so in a world first we’ve brought these two legendary foods together in the crust, the perfect combination for the heart of the footy season.”

Four’N Twenty General Manager Stuart Smyth said: “It really has been an exciting process to work with one of the world’s biggest pizza brands, seeing our newest addition, the Four’N Twenty Pie Bites, fit so well into Pizza Hut’s famous Stuffed Crust pizzas.”

The Four’N Twenty Stuffed Crust is available nationally for a limited time.