New studio to be led by award-winning composer Guy Amitai 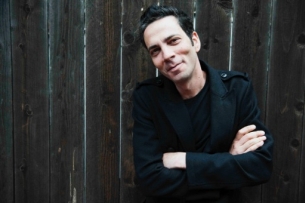 Acclaimed boutique audio production studio Pivot Audio has announced the opening of a Los Angeles office, which will be led by award-winning composer Guy Amitai. Founded by Amitai in Amsterdam in 2008, Pivot specializes in original composition, production, and sound design for creative clients worldwide. With an ever-growing body of U.S. work in recent years, including Coca-Cola’s 2015 Super Bowl spot “Make It Happy” via Wieden+Kennedy, the addition of a permanent home in Los Angeles will allow Pivot to streamline its services for U.S. clients moving forward.

Pivot’s strength comes in its unique, personalized approach to sound, which enables top quality for any given project. Its boutique setup lets clients partner directly with composers to create the perfect sound, whether it’s for a commercial, experiential project, or feature film. Pivot works with a diverse network of composers and artists worldwide to ensure that each project achieves a fresh sound with an original perspective. The new Los Angeles facility will work in close collaboration with Pivot’s Amsterdam studio to provide clients with truly around-the-clock service.

“Sound is so personal and tied to specific emotions and moments, so the most important thing for us is being able to work as closely as we can with clients to understand their vision,” said Amitai. “At Pivot our clients are partners in the process, and we aim to be completely accessible and build the intimacy it takes to produce the very best creative. We’ve already worked on many projects in the U.S. and as we move forward as a company, it makes sense for us to finally establish a permanent physical presence here.”

Pivot’s commercial work has been recognized with awards for both composition and sound design by D&AD, Cannes Lions, AICP, Clio, Promax/BDA, and Shots. Recent notable projects include Google’s “Night Walk” via 72andSunny, and Jack Daniels’ “Frank the Man” via Arnold.