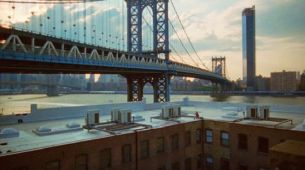 It could be the stars in alignment. It could be hard earned expertise. Maybe the instinct for sensing something big. More probably it is a powerful cocktail of them all with a generous splash of old fashioned good luck. Whatever it is, the formula clicked.

We had tracked The Blaze from their earliest signs. Recognising something special. We managed to secure the track “FACES” off their hugely anticipated, yet to be released “DANCEHALL” album. Not only that but we then fired a long shot even by our standards. All of a sudden we were recording a poetic, inspiring and complex lyric by revered American artist and Kendrick collaborator Rapsody.

G-Star RAW wanted a message of individuality, non-conformity and freedom. We, collectively, gave them a towering, cinematic and epic surge of sound and word power.

Dexter Navy conjured a hyper sensory visual trip where hip-hop ballerinas, urban climbers, girl dirt bikers, gravity defying BMX masters and sidewalk cowboys did what they do their way. The only way. The Kings and Queens of The Street. A very different nobility.

It sounds so easy. A global audience don’t need to know about the tears, the palpitations, the watermarked secret download links, the sleepless nights and the days that vaporize. The studio hours and the star struck beguile of working with heavyweight, platinum plated hip-hop master alchemist 9th Wonder. It’s all just part of the way these things roll.

The piece has been launched this week. Then. The Blaze album release kicks in. The Times Square billboards, the star studded launch party at 180 Strand, the kind of cluster bomb campaign some thought was a thing of the past.

That moment when something shifts up and becomes a blinding flash phenomenon and timings just click and fit.

To be a part of it is an exhilarating reminder of the power of collaborating with great people on fantastic projects. Now, for the next one…….

Work sometimes happens at too whirlwind a pace to ask questions. We all now have a tiny space to think. To breathe. And to ask a couple of questions to Rogier de Bruin. He is the creative at HERC who whipped up, invoked and visioned the piece. 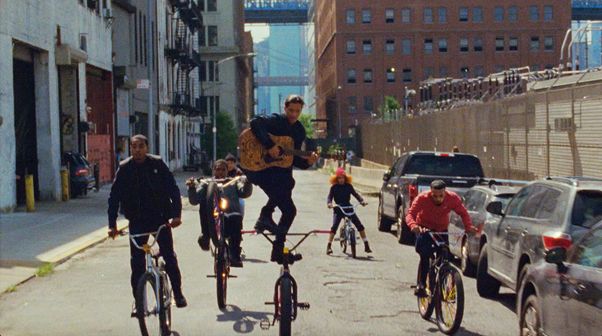 P&S: Does the finished piece look, and sound, how you originally imagined?

Rogier de Bruin> ‘We are extremely happy with the finished piece. We wanted to work with The Blaze for a while, and it turned out very well. What we like is that this piece is typically The Blaze, but the added spoken word by Rapsody, makes it typically G-Star. It’s ‘ownable’ as a brand – and it’s unique. We truly love that.

P&S: What makes a truly memorable, powerful and effective piece of branded content?

Rogier de Bruin> It’s very simple. It has to be entertaining and it has to be memorable. And ideally have great music.

P&S: Do you ever finish a piece and worry that you will never surpass it?

Rogier de Bruin>Ha! No, we never think like that! We’re always looking at the next big project on the horizon and thinking about how to make our campaigns even more relevant and entertaining. We want to put creative out into the world that people notice and remember.

And of course, don’t forget this is our very first commission as HERC, we only started the agency earlier this year, so if we felt we couldn’t surpass our first project, then that wouldn’t be a great start! And we have a pretty strong point of view on how as a small start-up agency from Amsterdam we can take a crack at big, global projects for big brands.

P&S: How did you celebrate completing this piece?

Rogier de Bruin>I would love to give you a rock and roll answer, but the truth is probably that we celebrated by attending a pre-production meeting for out next big campaign. Sorry about that… But we did have some fun on the shoot for Uniform of the Free in NYC, especially by getting to meet the godfather of hip-hop, DJ Kool Herc. This is the guy we named our agency HERC after. More on that later…

P&S> Rogier, it was an inspiring, exhausting and incredibly satisfying privilege to work with you guys. A huge thank you to you, your agency and G-Star Raw.

Rogier de Bruin> No - thank you! It’s been one hell of a ride! And the start of something great, we believe.