Pitch Gets Groovy with 70's Throwback Prank for Burger King 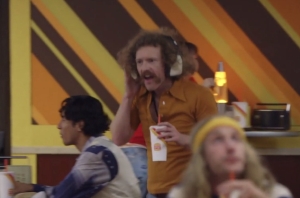 The ad agency Pitch, based in Los Angeles, created a funky throwback 70’s commercial to launch Burger King’s throwback Yumbo sandwich. The spot captures real-life surprised customers who wander into an L.A. Burger King franchise that is decked out circa 1970 and is selling the Yumbo, a ham and cheese sandwich first introduced in 1968 and discontinued in 1974.

Fourteen hidden cameras and microphones were staged at the franchise, disguised to look like garbage receptacles. Professional actors dressed 70’s style improvised their interactions with the unsuspecting customers, who were treated to a Yumbo and an impromptu disco dance party.