PinYourPride Brings a Rainbow of Support to Sochi

Google Maps project aims to cover the globe in love 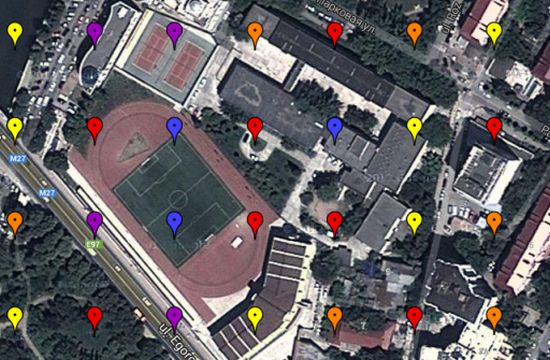 Three digital creatives at a major advertising agency are doing their bit to show the community that this global support is here to stay. Pin Your Pride is an online project that allows people to share their messages of love and support with online pins that cover a Google Map of Russia. It’s an upbeat and positive project designed to be a beacon of hope amid the many sad and worrying stories that emerged in the run up to the games.

Speaking to LBB, one of the projects creators explained that it didn’t feel right to add to the ‘negative noise’ and terrible images of the issue – instead they realised that the real villain of the story should be tackled with a more positive idea. They decided to attack the problem with a simple idea that could be created quickly, spread fast and send the a clear message of support to the LGBT people living with homophobia anywhere.

Indeed the project has been created with the idea of covering not just Russia but the entire world with with messages of support. As the projects creators told LBB, “Pin Your Pride is an idea that will live beyond Sochi”.

The familiar rainbow Pride flag is central to Pin Your Pride. Pins can be chosen from colours that make up the flag – and the project highlights the original symbolic meaning behind each hue in Gilbert Baker’s 1978 design [Red (Love) Orange (Healing) Yellow (Sunshine) Green (Nature) Blue (Harmony) Purple (Spirit)].

The symbolism of the flag’s colours has largely been forgotten and the team thought that by allowing well-wishers to choose from the rainbow would help re-introduce some of the original history and meanings as well as giving people different ways to express themselves.

You can add your voice to the growing chorus of love by heading to www.pinyourpride.com - and as far as the creators are concerned, the more the merrier. “We want to cover the world in messages inspired by the hopeful symbolism which went into the rainbow flag - it's not just Russians who live with ignorance and intolerance everyday. The map can scale and scale and there is lots of ocean space too!”