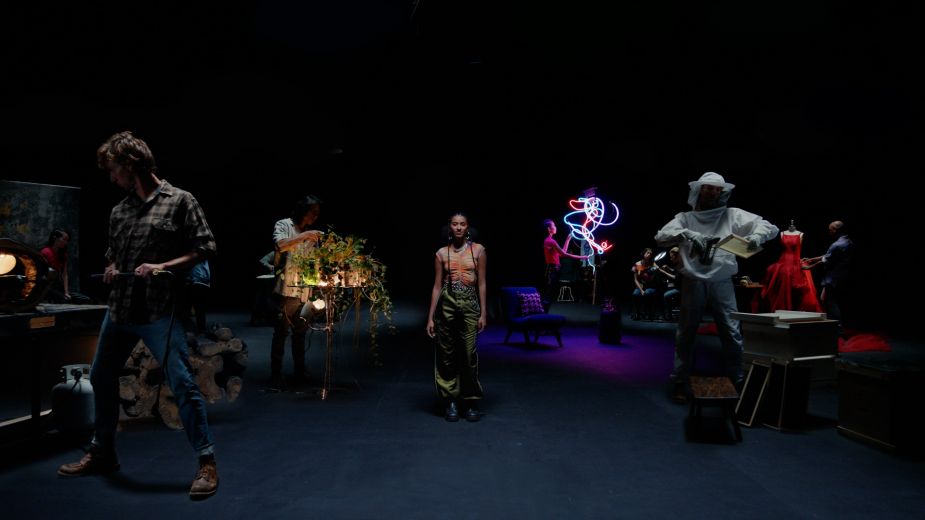 Droga5 New York has unveiled Pinterest's new platform 'You Just Might Surprise Yourself'.

As people emerge from a year of mixed emotions, from apprehension to perseverance to 'languishing', Pinterest’s antidote is to try something new.

The creative sheds light on how Pinterest can feed people new and exciting ideas to act on, where you can find and shape the things that you actually enjoy doing, that personally fulfill you.

“On Pinterest, you may come to explore mid-century modernism, find maximalism and end up loving cluttercore. Our campaign defies the perception that Pinterest is just recipes, DIY projects and wedding dresses, and instead is an invitation to invest in discovering something new or try something you’d never thought you’d try,” said Celestine Maddy, global head of consumer and brand at Pinterest. “We realise our mission to bring people the inspiration to create a life they love means getting off of their phones, so our success is defined by how we make people’s lives better off of the platform, not views or metrics.”

Juliana Cobb, executive creative director at Droga5, said: “There’s a unique aspect to Pinterest in how all our browsing ultimately leads to a real-world action in our lives. You find it on Pinterest, then you go do it. No other platform is so specifically designed to enable that aspect, and that’s the part that people feel the most gratified by.”

“There’s something really powerful about that intersection of inspiration and action that we wanted to capture in the campaign with the idea ‘You Just Might Surprise Yourself.’ Creatively, all the work expresses the vibrancy and magic of that moment of discovery when you realise, ‘Hey, I’m into this thing! I’m going to try it.’ It was such a wonderful challenge to bring that to life in a way that establishes Pinterest’s meaningful role as the place that invites all of us to find things we actually enjoy doing—and go do them.” 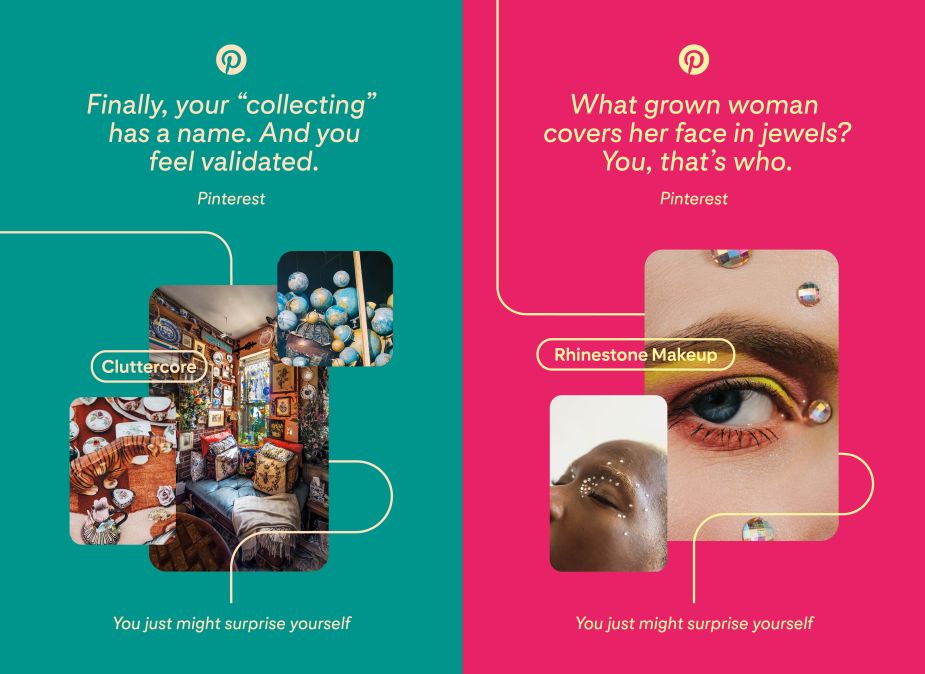 Tom McQueen, creative director, Droga5, commented:  “We give our time up so freely to things that give us nothing in return: mindlessly scrolling feeds, fishing for likes or retweets. Pinterest is an open invitation to reclaim some of that time and invest it in discovering something new. Here, you can peel back layer after layer of ideas, follow new and exciting threads until you end up somewhere unexpected but totally right for you. We wanted to translate this surprising journey on the platform and bring to life all the wonderful ideas Pinterest feeds people to act on.”

George McQueen, creative director, Droga5, said: “Pinterest is the home for inspiration, feeding people new and exciting ideas to act on. However, few understood exactly what Pinterest offers. It’s a place that can expand your interests in ways you never saw coming, a productive place on the Internet where you can find a never-ending array of surprises. The concept mirrors what it’s like to explore the endless ideas on Pinterest, digging deeper until you find your ‘thing’—whatever that may be.”

Pinterest enlisted Droga5 to create a campaign that explores how Pinterest can expand people’s interests in ways they never saw coming. Global media agency Mediahub developed the media strategy and will manage the media buys, including Pinterest’s TV ad in the UK. The integrated campaign will run across the US and UK including high impact out-of-home, along with audio, podcast and provocative social ads.

Directed by Yann Demange, the campaign’s hero film ‘Discovery’ - filmed in Mexico City and Los Angeles - takes the audience on a fast-paced journey of exploration focusing on one woman’s discovery before branching out into an unbroken, energetic thread of other characters' experiences.

A series of 15-second films take this premise further, exploring the surprising leaps and ways you can expand your interests. Whether it’s a home chef discovering the fusion of burgers and sushi or a teen trying his hand at flame nail art, the exciting emotion of discovering a new idea is something we can all appreciate.

In addition, Pinterest is launching a similar brand campaign in Japan this week focused on connecting with audiences and inspiring them to ‘find the ‘Pin’ on Pinterest to bring their own aspirations and projects to life.