Storybook character's fibs caught out in ad by The Martin Agency 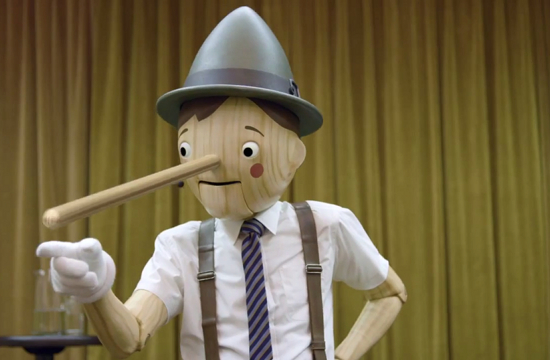 GEICO’s Did You Know Campaign continues, this time with beloved children’s storybook character, Pinocchio. As you’ll see, he’s not so well loved by the room full of people who paid for a self-help seminar.

“Pinocchio” joins two other DYK spots currently in rotation, “Tricky” and “Auctioneer.” The Did You Know campaign first debuted in June of 2013. GEICO worked with longtime AOR The Martin Agency, Radical and Whitehouse Post Editor Matthew Wood to bring the campaign to life and will continue to roll out new DYK spots over the coming months.