The "choose-your-own-adventure" thriller can be downloaded from the SamsungGear Store, iTunes and Google Play 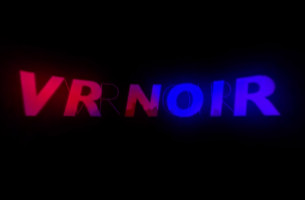 The Australia-based virtual reality studio Start VR transports viewers into the next generation of “choose-your-own-adventure” series with a vintage Film Noir twist in a new murder mystery VR experience, “VR Noir,” now available for download on Samsung Gear and Google Cardboard. The virtual reality experience places viewers in the first-person perspective of Veronica Coltrane, a former cop-turned P.I., struggling to make ends meet in the throes of a child support battle. When a woman walks into Veronica’s office asking for help locating her husband, the viewer is faced with a difficult decision. Is Mrs. Stackhouse truly a woman in grief? Or is something far more sinister going on?

The VR trailer can be viewed below:

Click here to download VR Noir in the SamsungGear Store, here for iTunes and here for Google Play.

“VR Noir” was conceived by Start VR Executive Producer Nathan Anderson, who brings extensive experience creating mysteries for mobile apps to the world of VR filmmaking. After viewing many passive VR experiences, Anderson had the idea to elevate the level of interactivity and engagement within the burgeoning medium.

“We wanted to explore how film and gaming VR experiences they could live together,” saysAnderson. “Can you have a cinematic experience that also allows you to have some agency in the outcome? My career quest is to find the convergence of storytelling, game design and interactivity.”

Noir was the ideal genre for Start VR to begin their experiment. “Detective stories are a familiar genre,” says VR Supervisor Martin Taylor. “We started from a familiar place where all the tropes are well known – a lonesome main character, a femme fatale, a mystery to solve. Then we placed it in the unfamiliar medium of VR.”

“Crime drama works really well because there’s a natural inclination for the audience to want to work out what’s happened,” adds Anderson. “If you’re reading a mystery book, you’re trying to find out who did it and stay one step ahead of the detective.Crime is an easy access point to figuring out how to generate interactivity inVR while still focusing on the story.”

In addition to exploring a new technology, Start VR wanted to conduct an experiment into the philosophic concept of alterity, the notion of being someone else.

“We started with a male protagonist,” says Anderson. “But then, I thought, if we’re going to try and change things in VR and make a statement, and get people out of their comfort zones, then let’s change the gender as well.” As a result, VeronicaColtrane was born. “We know that most of the VR audience right now is male.This will allow the audience to transform and become someone they’re not. Will they feel like a female? Will they feel like a detective? Will they feel like they were a part of the story, as opposed to passive participants? We can’t wait to find out.”

“VR Noir” debuts on the Samsung Gear and Google Cardboard headsets today, after a successful launch at the Sydney Vivid Festival and Montreal Film Festival.