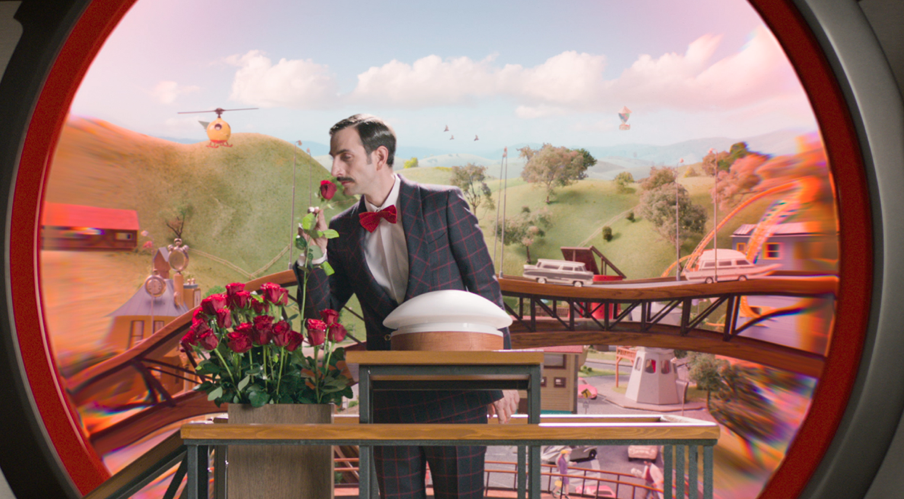 The purpose built, 20-metre-wide set took three months to create and is home to a landscape of quirky detailing, including a teapot caravan, a milkshake house and a custard cup cottage.

To create a realm of possibility that is both warm and believable, the set builds and miniature elements of varying scale were mainly shot in-camera.

Says Photoplay’s Anderson: “Whilst the campaign is meant to evoke happy memories of childhood, I also wanted to convey a level of realism by shooting in-camera as much as possible and by enlisting a modern aesthetic to the spot’s overall look and feel.”

Photoplay Films executive producer Oliver Lawrance believes Anderson was the perfect fit for the campaign due to his experience with hands-on sets builds, in-camera effects, and using VFX where necessary whilst not relying on CGI.

“We are thrilled with Scott’s latest work and had a great time coming up with a truly unique campaign alongside the creative team at The Monkeys, who proved super supportive the whole journey through,” said Lawrance.