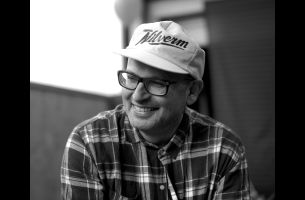 Making the move across to advertising, Donovan is the director behind VCCP’s recent Ancestry ‘Come Find Me’ campaign, and brings with him a sophisticated visual style and understanding of storytelling. In the campaign, he brought to life the challenging stories of Australia’s early pioneer settlers, which required strong performance and talent direction. To view the Ancestry campaign click here.

Says Donovan: “The success of the Ancestry campaign came down to the success of its storytelling. The actors were imbued with a deep background story that is emotive and believable and we are pulled into the story because of their performances.”

Donovan’s work as a writer and director on the New Zealand Trade campaign, We Do Things Differently, as well as the award winning films Aftershock and The Hopes & Dreams of Gazza Snell, illustrate his strong performance direction and unique cinematic style. His popular TV series The Insiders Guide to Love also received mainstream attention with audiences across Australia.

Donovan is excited about the move into commercial content and is attracted by the industry’s growing demand for high quality content production in the online sphere.

“Advertising is going through a golden age of online content that seeks to reward people with great stories, craft and execution. Consumers now expect a high level of engagement and you can only win their emotional investment by appealing to their appetite for strong, unique storytelling.”