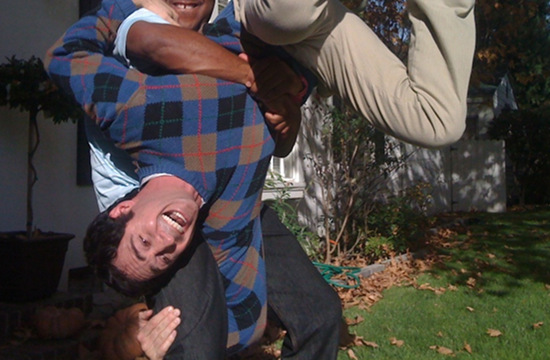 Photoplay Films is pleased to announce it has signed American comedy director Rob Pearlstein for representation in Australia and New Zealand.

Pearlstein began his career as an advertising creative and writer working at world-renowned agencies such as Fallon, TBWA Chiat/Day and BBDO before making the move into directing.

He made his directing debut with short film Our Time Is Up, starring the brilliant Kevin Pollak. It received an Oscar Nomination for Best Short Film as well as screening at festivals around the world. He has since directed commercials and branded entertainment for brands including Samsung, Twix and the USA Network, as well as the hugely successful web series Matumbo.

As Oliver Lawrance, Photoplay executive producer says, “When I first watched Rob’s Matumbo series I couldn’t stop laughing, I wanted to work with this guy. His directing and the performances were just so hilarious, and he’s a great fit for Photoplay as a director of both commercials and content”.

Pearlstein recently wrote and directed the feature comedy Someone Marry Barry, which will premiere theatrically in the USA and around the world on Valentine’s Day this year. The film follows a trio of childhood friends who scheme to find a wife for their socially awkward friend Barry in order to get him off their hands.