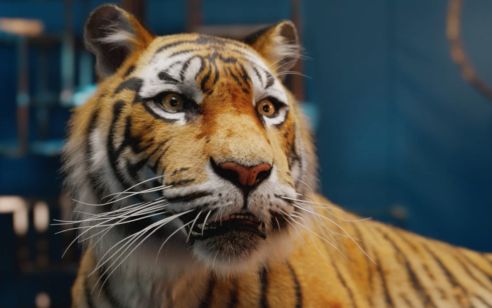 Lifestyle brand Smythson has launched its first ever film, ‘Journey to the Wild Side’ staring Phoebe Tonkin and Rhys Ifans.

The film, which celebrates the enchantment of travel, follows an inquisitive tourist, played by Tonkin, who has come to London for the first time to visit Buckingham Palace. However, finding the Palace proves to be not quite as easy as she first thought.

The film’s narrative alternates between reality and a dream-like state, with Tonkin’s dreams filled with wild experiences and encounters as she continues to search for a place so emblematic of London: Buckingham Palace.

Established in 1887, Smythson is one of Britain’s foremost luxury lifestyle brands, internationally renowned for its timeless style, impeccable craftsmanship and innovative design.

‘Journey to the Wild Side’ is a modern take on a traditional heritage—a new journey to find a place that encapsulates the wonderment of Great Britain.

Hair and Make Up: Raphael Salley