The commercial representation company launches with the signing of Furlined 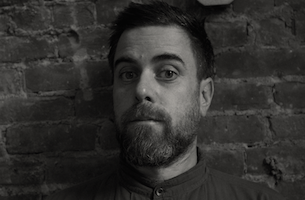 New York industry veteran Philip Fox-Mills has launched Fox-Mills Inc., a commercial representation company that will serve a select group of companies across the spectrum of creative services. Fox-Mills Inc. launches with the signing of Furlined. Fox-Mills brings a robust background in commercial sales and marketing, both on the agency and production side, to the new venture. He has worked as a Sales EP for numerous top production companies, including Satellite/Propaganda, RSA Films, Alldayeveryday and Legs Media.

Notes Furlined President/Founder Diane McArter, “We’re thrilled to have Philip join our team and lead sales for Furlined on the east coast. I’ve known Philip for many years and have tried to work with him several times in the past. Third time’s the charm! Philip brings a wealth of experience in sales, in the development of director’s careers and an understanding of our client’s creative and business needs.”

“Having worked with Philip from the agency side, I know he has collaborated with some of the best creative talent and clients in our industry,” notes Furlined Executive Producer/Director of Development Ben Davies. “His understanding of film craft and the current landscape make him a perfect fit for Furlined. I’m looking forward to collaborating with Philip again as we continue to develop our directors’ careers and our company.”

Dublin-born Fox-Mills earned a degree in French Literature and Civilization from Grenoble University before beginning his advertising career in Paris. He worked in marketing for Pernod-Ricard’s and TBWA by day and played rugby by night. Upon his arrival on U.S. soil in 1994, he worked at Kirschenbaum + Bond, helping to win prestigious accounts including Hennessy and Grand Marnier. He made the transition into production in 1996 and never looked back. He has lent his talents as a Sales EP at numerous companies, including RSA Films, where he spent 13 years as east coast EP. Fox-Mills now resides in North Salem, NY and spends his free time fly fishing and paddle boarding…at the same time.