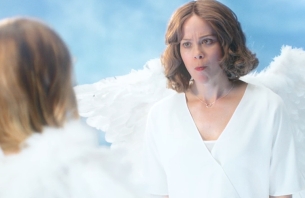 For its first campaign since renewing its Philadelphia relationship, J. Walter Thompson has revived and modernised its famous Angels characters for a pan‐European push.

The cheeky characters first flew onto TV screens in 1994 and successfully ran in a series of humorous ads in a number of countries around the world for 12 more years, helping Philadelphia become one the world’s best‐selling soft cheese brands.

By modernising the much‐loved Angels for a new generation Philadelphia is delivering an inherently female personality with light and witty humour, creating an easy way to interact with both the brand and contemporary cultural topics important to its consumers.

The campaign will leverage Philadelphia’s inherent strengths and heritage of a product which delivers a cool and creamy taste that everyone loves while modernising the messaging and subject matter for its target audience. An audience who love sharing light hearted moments over food, enjoying themselves and don’t want brands to take themselves too seriously.

For example, in one execution an excitedly nervous angel is getting ready for a first date while her grown up daughter calms her down with a bit of dating advice. The spot ends with the daughter angel waiting up for the mother angel who eventually gets home in the small hours.

Toby Hoare, CEO J. Walter Thompson Europe said: “We are bringing back an iconic idea with a modern twist and introducing Philadelphia’s witty and fun angels to a new generation.”

Greta Hammel, Marketing Director EU Meals, Mondelez International, said: “We are excited about making our angels relevant for today’s audience, Philadelphia is a product where friends and family have enjoyed its rich and creamy taste over generations, and we believe this new campaign leverages the strengths inherent in the brand’s heritage but retains the wit, charm and warmth of the original characters and allows us to remind our consumers of the simple pleasure of Philadelphia.”

The campaign has first launched on the 14th of April in Portugal, Austria and Denmark and will run in a total of 11 countries on TV with support on digital, social and instore.