Pharrell & adidas Originals Ask: What Does It Mean To Be a True Superstar? 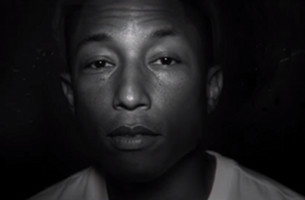 Pharrell stars in a new global adidas Originals campaign created by NY-based agency Johannes Leonardo. The fall/winter campaign is a continuation of its “Superstar” global effort that launched earlier this year – one that used celebrity to ask a provocative question about superstardom and its true meaning in today’s culture. Since launching in January 2015, the Superstar conversation has resonated around the globe and has helped adidas Originals realize a 29% sales increase in Q1, with strong double-digit increases in 50+ markets.

Now, adidas Originals and a selection of superstars continue the dialogue in a new campaign that answers the question of what is means to be a superstar: True superstars create for an audience of one.

This answer sees Pharrell identify five young talents from key commercial markets across the globe that embody this true sense of superstar. In the :60 film “Audience of One” Pharrell selects these artists whose talents range from music to visual arts to convey a message that creativity in and of itself is the vehicle of a true superstar:

- Pusha T, musician from the US

These five creators, continuing the dialogue, become the focus of the fall/winter 2015 story and will bring the idea of creating for yourself to life in their local markets.

The idea of a true superstar will continue to be democratized throughout the year with a “Pay It Forward” social component: these five new creators will continue to nominate others that embody the same creative spirit and the process will live under the hashtag #OriginalSuperstar. Other elements of the campaign include retail, digital, OOH and experiential.

This POV has also informed product design with the launch of Pharrell’s new Supershell collection, which launched last week.