P&G's 'The Gift My Mother Gave Me' 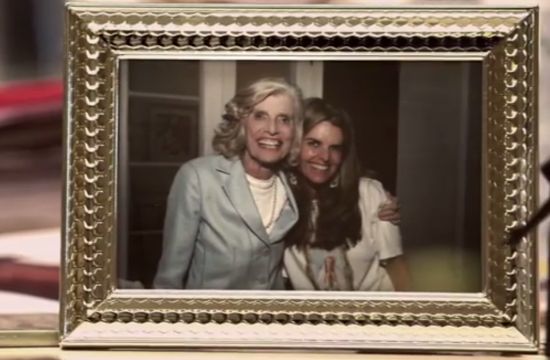 It's Mother's Day on Sunday in the U.S. In honor of the holiday, P&G is out with its latest effort as part of their "Thank you, Mom" campaign.

"The Gift My Mother Gave Me" is a short film that celebrates the incredible life of Eunice Shriver, sister of John F. Kennedy, mother of Maria Shriver, and founder of the Special Olympics. In this film, Maria tells the story of how her mother, Eunice, founded the Special Olympics, broke through social barriers, and in doing so, showed Maria the gift of possibility.

In addition to the film, which lives on P&G's Thank you, Mom Facebook page and YouTube, we have a social campaign that asks everyone to share their own mom's words of wisdom. A W+K team will be turning dozens of these quotes into beautiful typeset posters every day this week as a surprise to some of those who tweet their #MomsWisdom.

Check out the growing gallery of #MomsWisdom posters on the Thank You Mom Pinterest page.