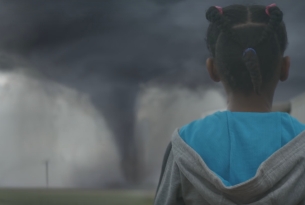 With 100 days until the Opening Ceremony of the Rio 2016 Olympic Games, Procter & Gamble, maker of Tide, Pampers and Bounty, debuted the newest installment of its award-winning “Thank You, Mom” campaign by releasing the new video, “Strong.”

The critically acclaimed films from P&G’s previous Olympic Games campaigns, ‘Pick Them Back Up’, ‘Kids’ and ‘Best Job’, are among the most viewed Olympic Games videos of all time and “Strong” builds on that tradition of storytelling, with a fresh new take on the pivotal role mums play in their kids’ lives.

'Strong' explores the simple human truth that the daily courage mums show echoes at critical times throughout their kids’ lives. The film follows the Olympic Games journeys of four mums and their kids, showing the moments, both large and small, when a mother’s strength makes all the difference, and building to the moment each child summons their own courage on the world’s biggest stage – the Olympic Games.

“Watching this video reminded me of my own mother,” said gold medalist swimmer, Dana Vollmer. “I had no idea how much physical and emotional strength is required as a mum until I encountered my first sleepless nights with a new baby. Now, all of the strength my mum showed me inspires how I’m raising my son. P&G always recognizes the role that mums play and that’s why I’m so proud to be a Pampers athlete.”

“Strong” was directed by Hollywood director Jeff Nichols, whose work includes the recently released and much talked about film, Midnight Special. “Strong” will appear in full form digitally as a two-minute video or in short form on television in more than thirty countries.

“This campaign began with the insight that behind every athlete is an amazing mum,” said Marc Pritchard, P&G Global Brand Officer, “Being the Proud Sponsor of Mums is a natural way for us to look at the Olympic Games because P&G brands are part of the journey mums of Olympians, and all mums, take with their kids every day. We see how strong mums are in every facet of their lives, and how their children draw on that strength as they grow. Through our campaign, we invite everyone to join us in saying ‘Thank You’ to mums for the role they play in raising strong children.”