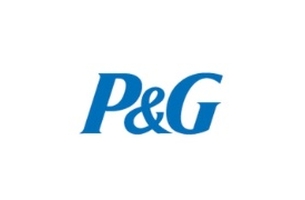 Speaking at the event, A.G. Lafley, P&G’s Chairman of the Board, President and Chief Executive Officer, emphasized innovation, productivity and partnership, saying, “P&G’s ask of you is that you partner with us on innovation. Partner with us on productivity. Let’s work together as partners to create value for each other, for consumers and for our industry.” He shared examples of how several of the companies present had worked with P&G to bring new innovations to market, such as Pampers and Tide PODS.

Among P&G’s more than 75,000 suppliers and agencies, the seven that received the highest honor of being named Excellence Award winners and “External Business Partner of the Year” were:

Two companies, CHEP and FLUOR Industrial Services, were specifically recognised for their efforts and results on Supplier Diversity. These two companies have consistently grown their spending with minority and women-owned suppliers and have demonstrated a strong focus on this important business strategy. While P&G spends more than $2 billion annually with diverse suppliers, this is the first time it has recognised External Business Partners for their commitment to Supplier Diversity.

“I congratulate all of our award winners, especially those who were recognised as ‘External Business Partner of the Year’ and those we recognised for Supplier Diversity,” said Stew Atkinson, Chief Purchasing Officer. "As we move the business forward in a structured, strategic way, our external business partners will continue to play a crucial role in helping us serve the world’s consumers."

P&G works with all business partners to reach excellence levels, and therefore there is no limit on the number of excellence awards that can be achieved.