P&G on Raising an Olympian 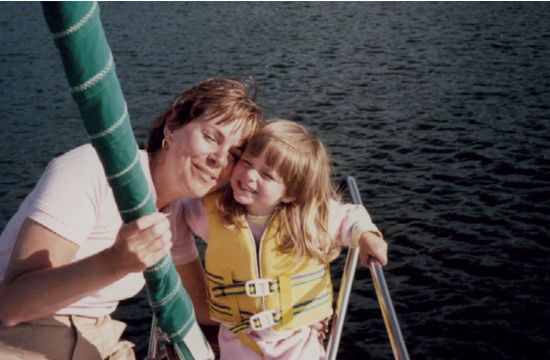 P&G kicked off the company’s run up to the Winter Olympics. Their Thank You Mom campaign hit the slopes with the launch of the Raising an Olympian series. Through series, leading up to the start of the Winter Games, P&G is paying homage to moms of athletes from across the globe, bringing to life the daily lessons all moms teach. From their kid’s first steps to their first failures, the series highlights the unconditional love moms give their kids no matter what.

W+K worked on the story of U.S. Olympic Gold Medalist Lindsey Vonn and her mother, Lindy.  P&G partnered with Yahoo on the other films from this series that have launched to date.

“P&G brands look at Olympic sponsorship through a special lens,” said Marc Pritchard P&G Global Brand Building Officer. “Our brands don’t just live at the finish line; they’re about the everyday journey athletes take to get to the Games, a journey they started in childhood with their moms. That’s why if a P&G brand sponsors an athlete, we also celebrate the mom who helped get them there.”

The P&G Sochi 2014 campaign will come to life through P&G’s iconic brands and their inspiring campaigns:

Pantene and ELENA ILINYKH (Russian Olympic Hopeful, Figure Skating), are proving that hair can pass the winter torture test to ‘Win Over Winter and Shine!’.

Bounty® recognizes that if you’re raising an aspiring athlete, then it helps to be uninhibited by messes with the ‘Let the Spills Begin’ campaign featuring JULIE CHU (U.S. Olympic Medalist and National Team Forward, Women's Ice Hockey).

Blend-a-Med® and Crest® campaigns, featuring ALENA LEONOVA (Russian Olympic Hopeful, Figure Skating) and EVAN LYSACEK (U.S. Olympic Gold Medalist, Figure Skating) highlight that when you want to get noticed you need to “Be Prepared for Your Spotlight Moment”.