Film also stars New Zealand comedian, Rhys Darby and his attempt to solve the global mystery of how a country bigger than the UK could be left off so many maps 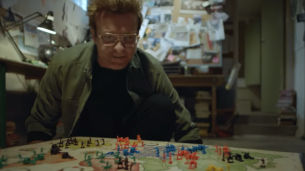 New Zealand is back with its ongoing investigation into why the country is missing off world maps.

New Zealand Prime Minister, Jacinda Ardern returns alongside Darby who has been on the trail for six months to solve the unfathomable question of how a country bigger than the UK could be left off so many maps.

This time, the duo is backed by world-renowned director and fellow Kiwi, Sir Peter Jackson who shares his theory that New Zealand is closer than everyone thinks - in fact, it’s in the middle of the earth.

Long-time friend of New Zealand, British rock star Ed Sheeran makes a cameo in the video… not surprising given his recent tea and scones date with Prime Minister Ardern and close connection with Sir Peter Jackson, performing the soundtrack ‘I See Fire’ on his 2013 film The Hobbit: The Desolation of Smaug.

“I love New Zealand – it stole my heart, and it feels bonkers anyone could miss it off a map,” said Sheeran.

Prime Minister Ardern said, “I’ve loved seeing the global response to our campaign. With a little help from Sir Peter, my hope is that people will see New Zealand right where it deserves to be - on the top of their list of places to visit!”

The #getNZonthemap video was created by Tourism New Zealand and is the follow-up to a video launched six months earlier. 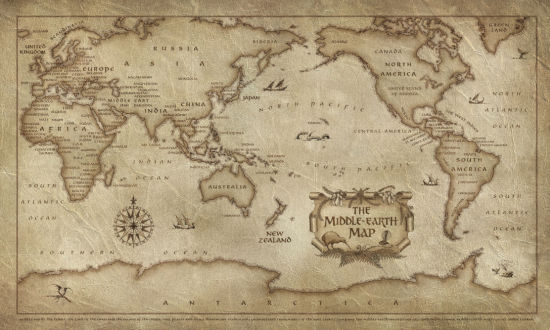