Peter Grasse to Feature as Speaker at Spikes Asia 2016 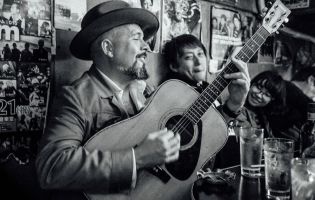 Peter Grasse, who launched Dictionary Films in Tokyo this year, will be featured as a speaker at Spikes Asia for both the Young Creative Academy and the Inspiration Stage.

With a long standing history of supporting innovation and creative leadership, Grasse will be discussing The Priceless Points of Production following his successful engagement at this year’s Cannes Lions, where he turned entrenched ideas on their heads. Grasse pushed the envelope on the culture of creative control, showing how true production value comes without a price-tag.

“In recent years, ‘Achievement in Production’ has evolved as a new category in many Film Craft award juries. Initially it was an award for making something of scale on a limited budget. Later it became about scale regardless of the budget. Yet we’re still missing the point. The reason why great work shines is hard to put a finger on. Yet capturing that nebulous, buoyant energy on film is a producer’s greatest achievement. How this energy is protected and accessed will be central to this talk,” said Grasse.

Dictionary recently produced the groundbreaking campaign for Nike #Minohodoshirazu. The campaign, rolled out in August of this year, aims to encourage people to push boundaries and go beyond their limits, contrasting sporting achievement with the limiting beliefs that society and schools tend to impose on people. “We wanted to visually express the salient sentiment of the core idea,” said Grasse.

Like the campaign encourages, Grasse hopes his work with the Young Creative Academy students will encourage them not to be deterred by society’s norms: “Supporting the industries young rising stars is an honour, I hope to share Dictionary’s culture of innovation, and motivate others to emulate it.”

Find out more about the Spikes Asia’s speakers who define the creative ecosystem here.
view more - Awards and Events