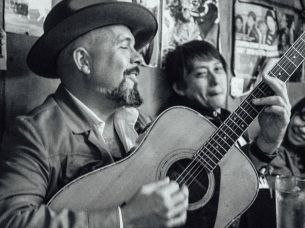 June 2017 Tokyo Innovator, Digital Disrupter, Production Provocateur Peter Grasse has been at the forefront of engaging and challenging audiences at advertising and production festivals for years.

At last year’s Cannes Lions, Grasse placed principles over price and radically shifted the focus on a new way of thinking about production values.

Ever the instigator, he has hosted dialogues that end up being the most talked about events at Spikes, AdFest, the Hollywood A-List Awards, BEFest, Tokyo’s Short Shorts Film Festival and Ciclope in Berlin, which included an impromptu interview with Roman Coppola.

Never to rest on his laurels, Grasse is driven to further inspiration at this year’s event with the Dictionary Films Executive Producer proclaiming his session “Speakers who Define the Creative Ecosystem” will take the audience to a whole new level.

Peter will be joined on the Terrace Stage by Sam Spiegel, the highly acclaimed founder of Squeak E Clean Music and Producer behind Spike Jonze’s work for Kenzo. Grasse’s time in the Cannes sun will then continue as he joins the Film Craft Jury and leads a class at the Cannes Creative Academy. There’s a chance you’ll also see him on stage accepting an award. Dictionary Films Tokyo has two pieces of work in contention, both of which have been embraced and lauded by the public and festival circuit.

Grasse and Spiegel’s session, My Mutant Musical Mind: Craft and Collective Composition, by Dictionary Films & Cutters Studios, provides a unique opportunity to get inside Spiegel’s head to explore how his musical mind works, how he creates such award winning work and why music underpins film craft.

“As a Producer, I’m always trying to better the process, but music, too often, is an afterthought. We all know that’s a mistake because music drives our emotion and experience. This session is going to put you in the driver’s seat. We’ll surprise each other. Very much looking forward to seeing you there.”

See who’s on the stage at Cannes’ speaker sessions