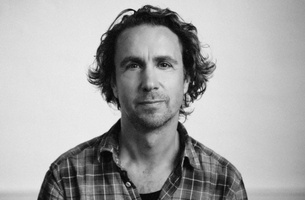 Jane Dilworth, Work Editorial Founder/Partner, announces that Editor Peter Brandt has joined Work’s roster across all 3 offices in UK, NY and LA for commercials and music videos. Brandt continues to work across Scandinavia out of his own Copenhagen-based company, Little Machine, successfully balancing 20 years of advertising with film & television work.

“I wanted to work with Peter the moment I saw his work" says Jane Dilworth. "It’s still incredibly special to see work that has been so well crafted.  He has a natural ability for storytelling and conveying emotional nuances. And once we met, it was even clearer his sensibility was so in tune with all of the Work editors. A really open person, he’s one of us.”

Having started out editing commercials and music videos in Denmark, it was acceptance into The National Danish Film School in 2003 that really opened up a series of narrative features. His first collaboration with director Christoffer Boe on psychological thriller ‘Reconstruction’ was rewarded with the Camera d’Or at Cannes Film Festival, Best Editor at The Robert Awards and The Young Cinema Award at Venice Film Festival.  Subsequent productions included the BAFTA-winning Danish political drama 'Borgen' 2010 (director Søren Kragh-Jacobsen), Cannes Critics Week-nominated ‘When Animals Dream’ 2014 (director Jonas Arnby) and The Robert Award for Best Children's Film ‘Antboy’ (director Ask Hasselbalch). Brandt was also nominated for Best Editing at 2016 Robert Awards for ‘9 April’, a Danish Second World War film by Roni Ezra.

Brandt says: "The variety of commercials and feature length work drives me. The end goal is always the same, to find the structure. But to distil an entire story to 60 seconds and on the other hand hold that one emotional beat throughout exercises all my muscles. So Work Editorial is perfect in terms of size and approach, with an intrinsic understanding of these kind of choices editors make in their career. I instantly felt their kindness and hospitality and it's a privilege to be in such excellent company".