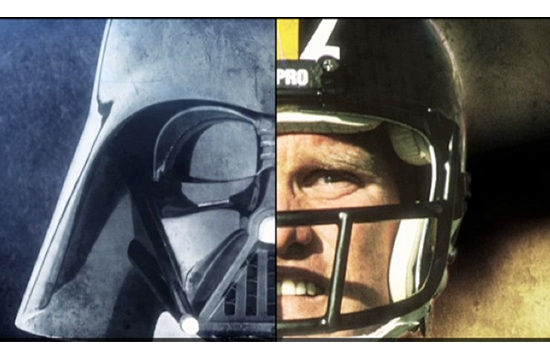 Having grown up in the same area in New York, Berg reunited with MNF producer Jay Rothman to craft the concept for the 2013 MNF opener, which will debut September 9 before the Philadelphia Eagles-Washington Redskins kickoff game (7 p.m. ET, ESPN).

Says Berg, “I tried to position MNF in a unique way so it distinguished itself from a more slick, graphic opener that is more common. With such an iconic brand, I wanted to revisit MNF from 1970 to now and present it as something that was classic and informative. Not just about the sport, but about the American portrait behind it.” Berg worked with ESPN creatives and the VFX team at Ignition to pull the most compelling footage capturing the progression of American culture alongside the growing phenomena of MNF. To tie GMC in with patriotic timeline, Berg also integrated the company’s growth as a distinctly American brand.

The spot opens with clips from 1970, the year that MNF debuted. Through a jolt of static, the teleprompter introduces legendary broadcaster Howard Cosell announcing, “Good evening and welcome to NFL Monday Night Football.” As the signature MNF theme “Heavy Action” plays behind a roaring crowd, we cycle through archival footage of various football stars scoring touchdowns and a clip of John Lennon jesting, “It’s an amazing event that makes rock concerts look like tea parties.” Next, more archival NFL footage transpiring between images of retro NFL trading cards, Terry Bradshaw’s helmet split-screen with Darth Vader’s, Madonna gracing a magazine cover, Pac-man chomping and Wayne’s World and Jerry Maguire imagery. “2001” brings an image of firefighters raising a flag post 9/11 accompanied by a clip of a Green Bay Packer sprinting through the field proudly displaying love for his country. In “2008,” Barack Obama standing proudly at a podium declaring, “Yes we can,” follows. The spot concludes with a series of MNF logos through the years shuffling like a deck of playing cards and the ESPN, NFL and launch sponsor GMC logos closing out the spot.

Upcoming work for Berg includes the Navy SEALs drama Lone Survivor, starring Mark Wahlberg, Eric Bana and Ben Foster, which hits theaters on December 27, 2013, and he is currently in production on numerous commercial projects and the pilot for an HBO series starring Liv Tyler.