Pete Riski: From Horror to Humanity

Trends and Insight 422 Add to collection

After 18 months directing a Finnish TV series, a project for Disney and a huge US commercial campaign for Holiday Inn, Rattling Stick's Pete Riski is back on the UK scene 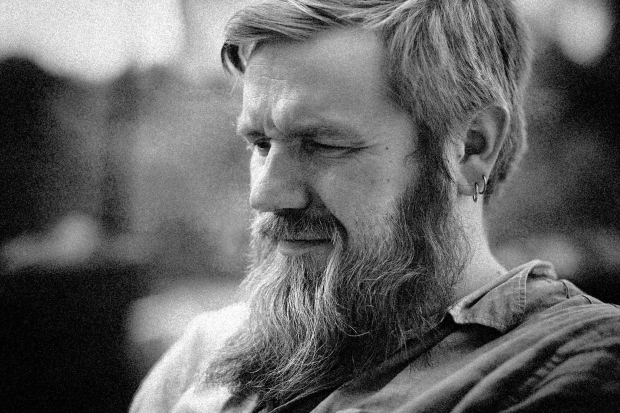 After 18 months directing a Finnish TV series, a project for Disney and a huge US commercial campaign for Holiday Inn, Pete Riski is back on the UK scene and ready to let the emotion flow.

“Normally the first adjective people use to describe me is ‘quiet’. It’s true, I don't talk much but I think that makes me the director I am.” Easy to imagine when you consider how emotive and considered Pete’s commercial work is. Slightly harder to imagine when you find Pete started out making horror films with a VHS camera before later moving on to music videos for heavy metal bands including Lordi. In fact, music videos are something he excelled in early on, leading to him having his first retrospective at a music festival at the tender age of 25!

“I think the so called golden age of music videos was in the late '90s or early 2000s. Videos back then created another level to tracks - it was almost like they were short films. For me the best videos always had some narrative.” His ability to create narrative within music videos lead him into advertising early on.

Both narrative and emotion play huge roles in Pete’s filmmaking and are, he believes, essential ingredients in order to give the viewer the best film experience. He puts a lot of emphasis on bringing his heart and soul to filmmaking and berates the seemingly formulaic data-driven audience targets that are creeping in. “I think any art is always somehow related to personal experience. No matter if it's a book, music, painting or film. When there's that honesty of creating something straight from your heart, people can sense it. That's how I think the best advertising is made. It's not about endlessly testing something, it's about being honest and listening to your inner voice. There's no mathematical equation for creating something emotive. It's all about honesty.”

When reminded he’s been at Rattling Stick for nearly a decade now, he says: “What? Has it been so long? It feels like yesterday when I went for a coffee at the Rattling office on Brewer Street and suddenly I was pitching on a big Colman's project.” Since joining Rattling Stick, Pete’s skills in emotive storytelling have only strengthened with campaigns for Renault, Toyota, YBS and most notably for Wrigley’s Extra which received over 35 awards and accolades between 2015 and 2017.

For the past 18 months, Pete’s turned his hand to long form projects. The biggest of which was directing TV series ‘Bullets’, from the producers of ‘The Bridge’, ‘The Killing’ and ‘Millenium’ trilogy. He deems it “an experience” and found his two decades of directing translated well to longer form because of his ability to craft the narrative, whatever the format. On top of that, he’s been working on a big North American Holiday Inn campaign, which has allowed him to flex multiple genre muscles.

Though he’s perhaps best known for his emotive language, he’s also well-versed in comedy: Most notably with Finnish brand, Oululainen, for whom he directed two spots depicting the Finns’ no-nonsense behaviour, and previously for optician, Instrumentarium, through a series of subtle vision-related mishaps.

Outside of work, he’s been concentrating on spending quality time with his daughter. He says; “I’m totally amazed by her. She’s three now and the conversations we’re having are totally unique. How she sees the world around her makes me question at what point adults just lose that sort of imaginary way of exploring and being curious. It’s a good reminder for me that being a director is a weird profession in that way. There’s always something new to learn. When you get a handle on everything and just start to do things in the same way, I think it’s time to retire! It’s all about exploring and keeping your mind constantly open to new ideas and ways of working.”

When asked what’s next, he replies, “I think in the advertising world I would love to widen the genres. Making an emotional film does not necessarily mean that it has to be in a certain genre: Horror, comedy, drama or action, it's always about creating something where you connect with the viewers.” He continues, “For me filmmaking is all about creating something which makes you feel and which takes you away from reality. It's never a question of length - it can be a 30 second ad, a 90 minute feature film or a 10 episode series. The actual format does not matter. It's all about taking the viewer on an emotional journey. And, for me, the best journeys are those which touch your heart and you remember them for the rest of your life. For me that's the power of film.”