Spot from BWM Dentsu was produced through a blend of innovative visual effects, animation and live-action camera work 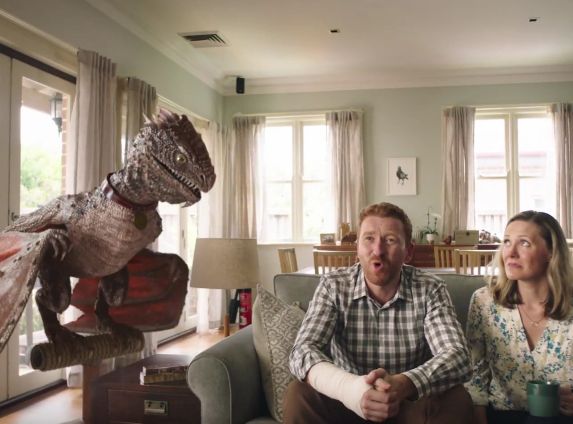 Winter is coming and Jemena is capturing the attention and imaginations of NSW residents with a quirky, creative campaign from BWM Dentsu to assure how Natural Gas makes home comforts 'Instantly Better'.

Comprising one 30-second and three 15 second-TVCs, the campaign features Scorchy the Dragon who drives home the benefits of Natural Gas for precision cooking, and instant, controllable hot water and heating by literally jolting people from the everyday tasks of preparing a meal, bathing and keeping warm. These are accompanied by an unbranded 60-second content piece for cinema, out-of-home advertising and bus wraps, digital and radio content.


Says Kate Hawke, marketing and customer communications manager of Jemena: "The biggest challenge for Natural Gas is that it's invisible, so we needed something stand-out to bring it to life and remind people that Natural Gas is a great fuel."

"We know that 70 per cent of customers are more likely to switch to Natural Gas at the time of a major event. By creating a character like Scorchy, we are hoping to build stronger brand-recognition amongst potential customers so when events such as moving house or renovating do occur, Natural Gas is front of mind."

The imaginative commercial was produced through a blend of innovative visual effects, animation and live-action camera work.

Says Asheen Naidu, executive creative director of BWM Dentsu, Sydney: "To elevate the role and meaning of Natural Gas from an every-day utility to an enabler of instant connection, we played around with some truly absurd ways to create energy. Obviously, that led us to a fire-breathing dragon.

"Director Tim Bullock and his team did a great job of bringing the campaign to life in a lovable and memorable way. But the biggest credit has to go to our brave client. Seriously, how many clients would let you put a dragon in their ad?"

Jemena's Natural Gas campaign featuring Scorchy the Dragon - named off the back of an internal competition - will first air on Sunday, 26 March and run through to August, 2017.
view more - Creative