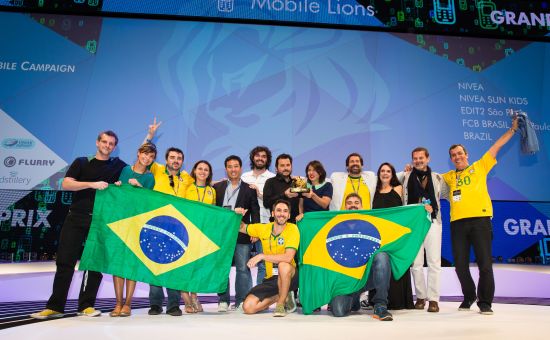 The Cannes Lions International Festival of Creativity has just finished its second night of awards which saw the winners of the Mobile, Media and Outdoor Lions categories announced.

Peru has won its first ever Grand Prix. Awarded in the Media category, McCann Lima took the accolade for their work for The Coca-Cola Company, ‘Happy ID’. The jury, led by Matt Seiler, Global CEO, IPG Mediabrands, who viewed 3127 entries in total, went onto shortlist 227 entries and award 13 gold, 24 silver and 54 bronze trophies. The Media Network of the Year, awarded to the media agency network that obtains the highest score for entries in the Media Lions section, was presented to Starcom MediaVest. PHD Worldwide came second and OMD Worldwide third.In the Mobile category, FCB Brasil, São Paulo, took the top prize. They were awarded the Grand Prix for ‘Protection Ad’, their entry for Nivea. The mobile jury, chaired by Jaime Robinson, Executive Creative Director, Pereira & O’Dell arrived at a shortlist of 116 from an initial 1187 entries. After discussions they chose to give present 11 gold, 18 silver and 24 bronze awards.

Richard Plepler, Chairman & Chief Executive Officer of HBO, was present to accept this year’s Media Person of the Year Award in recognition of his management of the world’s most successful pay TV service, which has seen him creating highly acclaimed and award-winning shows, including True Blood, Game of Thrones and True Detective, boosting audiences around the world and establishing a widespread and active international fan base.

From tomorrow all of the winners announced so far will be available to view online at www.canneslions.com. Cannes Lions is currently taking place in Cannes, France and is being attended by over 12,000 people from the creative communications industry.