Parody video from Odelay Films launches ahead of the #PutItToThePeople march 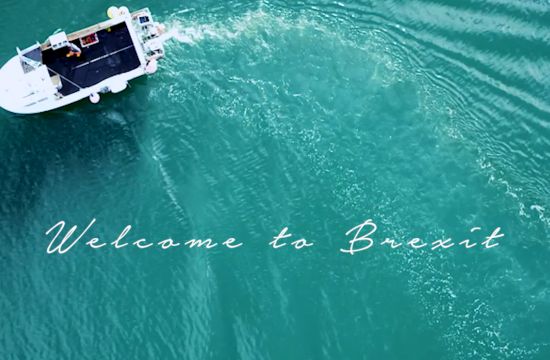 As London gets ready for the #PutItToThePeople march on Saturday, Our Future, Our Choice, a youth organisation campaigning for a People's Vote, have produced a film that comically compares Brexit to the infamous Fyre Festival.

The film, which is running on social and is targeting younger generations in the hope of encouraging them to partake in the march, humorously parodies the much shared original trailer and channels the unrealistic, fantasy vision of Brexit as imagined by the likes of Nigel Farage and Boris Johnson. It rides on the back of Fyre documentaries on Netflix and Hulu which have made the Fyre Festival one of the most talked about cultural happenings of 2019.

Our Future Our Choice are a group of young activists campaigning with young people for a final vote on Brexit, and supporters of the People’s Vote campaign. The work was commissioned by People's Vote director of marketing, Sarah Baumann, and was written by creative advisor to the organisation, Daniel Fisher, alongside Lloyd Daniel. It was produced by Odelay Films, who turned it around over the weekend using stock footage.

Baumann said: "With Fyre Festival being on everyone's lips this year, it felt like the right metaphor to use, and with just nine days to go, it couldn't be stronger. Hopefully this will encourage the younger generations, whose very futures are at stake, to join in on Saturday."