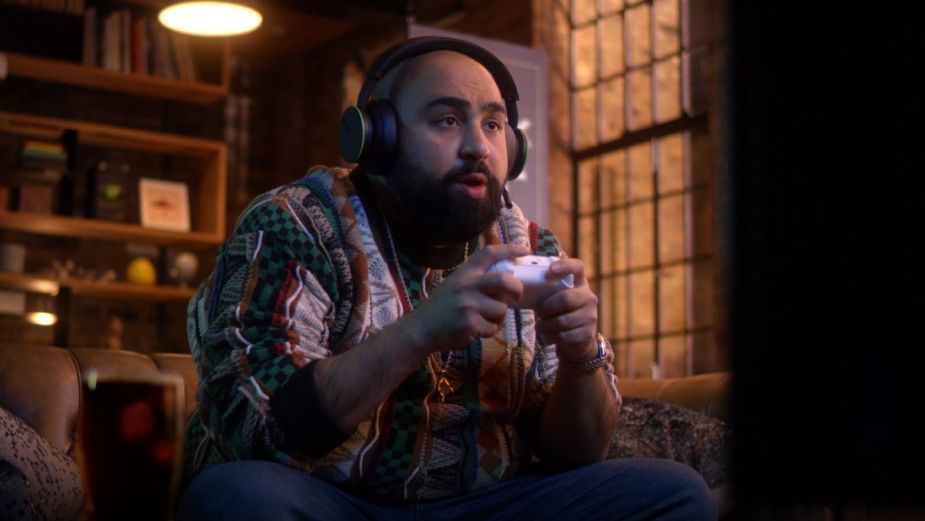 The campaign was shot on eight cameras simultaneously, in four rooms, across two buildings, with players actually communicating via XBox Live to each other.

The UNIT team collaborated with director Jonnie Malachi and the whole Fresh Film crew on these witty spots.

UNIT’s head of colour Denny Cooper kept the grade fairly simple focussing mostly on bringing out the textures and enhancing the atmospheres to compliment the aesthetic and add to the comedy value.

Director Jonnie Malachi commented: "Asim was an incredible collaborator and muse - my brother potentially from the same mother. As I told him '...you’re basically me…just really successful…’' . So I drew a styling look for him that's essentially me when I'm not working and he was bang up for it.  Everyone stepped up to the plate to deliver four technically complex films in one day. Four sets had to be fully dressed and lit before we could start shooting, with eight cameras running concurrently on the players. I was communicating with some of them only via Xbox Live as they were in different rooms (or buildings in some cases). It was an intense (back) hair-raising proposition (neither Asim nor I have head hair)…but the results are pretty sweet."