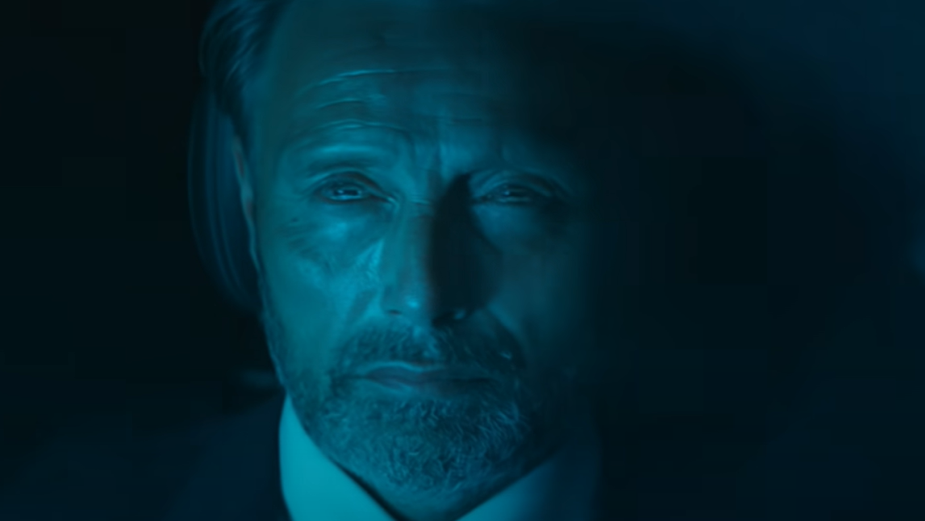 YT Industries, a globally-operating, innovative, edgy mountain bike brand known for their next-level and unique approach to advertising, have recently released ‘Return Of The Goat II – New World Order’. The twenty-minute brand film is the epitome of YT’s narrative-led identity and launched in conjunction with their new mountain bike ‘CAPRA’.

Conceived by YT’s creative director, Andreas John and founder/CVO, Markus Flossmann, the film supports the brand’s previous, unapologetically bold storytelling campaigns, including 2018’s prequel, ‘Return Of The Goat’ and 2019’s ‘Friendship Redefined’, starring Christopher Walken. Mads Mikkelsen brings A-list fame to ROTG II, which was developed by the world’s leading cycling marketing agency, SHIFT Active Media and directed by Otto Bathurst through Smuggler. “It is part of our DNA to work on unique and creative campaigns to support our product launches and also amplify our brand image. Mads is an avid mountain biker himself and was convinced by the script and story,” YT’s founder Markus Flossmann explains.

Impeccable storytelling and impressive production value are supported through seamless craft, with extensive visual effects, CG and colour through post-production powerhouse, Absolute. “To tame this beast, we opened up our little black book to assemble the A-Team,” says Matt Doman, ECD at SHIFT.

Having developed a cult-like following in recent years, ROTG II sees YT deploy their horned ambassadors once more. Conversion therapy is thrown into the cinematic mix, supporting intrigue and a sense of belonging as viewers get a greater understanding of the personality of the brand. Blurring the lines between advertising and entertainment, ROTG II revels in the standard horror film dominance of inevitability. Dynamic visuals and SFX inflict added paranoia upon the viewer, allowing the film to emerge into the mainstream media and encouraging bike enthusiasts to ‘Get Goated’ with the new generation CAPRA. Clever craft draws us in further, enhancing the impact through otherwise impossible environment builds and CG transformations, including a very graphic transformation of man-to-goat which we witness unravelling before our very own eyes.

Danny Duke, who heads up Absolute’s new film and TV department, comments: “ROTG II was the perfect opportunity to embrace the full gamut of award-winning visual effects we’ve dedicated to commercials the past sixteen years. It really bridges the gap between branded content and film. In a world of streamed content, the model of advertising is changing and the trick is to surprise and delight the audience, not to make a really long commercial. When advertising is executed overtly with no subtlety, the product takes precedent over the narrative, which can be disengaging.”

“YT’s engagement with their community and the passion in what they’re trying to achieve truly sets them apart,” he continues. “Both Markus and Andreas have such a unique vision – no other mountain bike brand brings such creativity and storytelling to the table which helps cast the likes of Christopher Walken or Mads Mikkelsen, that’s for sure! Otto and SHIFT ECD, Matt Doman, really supported the brand’s concept and wanted to go bigger in every way. It was great working with the team and I think we’ve achieved something truly unique.”

Matt Turner, head of colour at Absolute, adds: “Otto wanted to really push the look beyond a typical clean, polished, Hollywood aesthetic, into something more raw and edgy. Thanks to the DOP, Jallo Faber, the footage was stunning. Differentiating the looks between the varying locations gave a perfect platform to express the language of colour and Otto was very open to ideas. Freedom within a structure is creatively such a rewarding place to be.”

The VFX workflow behind the film included subtleties such as augmentation of fur, screen comps, eye replacement, grade and beauty clean-up, but the transformation of man-to-goat was by far the team’s biggest challenge - one which allowed Absolute’s CG team to solidify the groom and creature FX pipelines. “Being on set to monitor the cinematography and performance of the transformation sequence was incredibly useful,” says VFX supervisor, James Coore.

“We used a cloth simulation in Houdini to successfully ‘tear’ the actor’s face away and reveal the goat beneath, working to a particular style of animation briefed in by the client and using a complex rig with both goat and human elements. As always, remote working brings its own challenges and passing this kind of detailed data between parties can be complex, but our Modeler, Rigger, Animator, CFX artists and Groom Artist did an amazing job in keeping communication clear throughout. The scene was shot in an amazing cavern-like wine cellar, which ran under the town of Maribor, Slovenia. I took a lot of survey data, HDR panoramas and lidar scans of this incredible place, so that we could accurately recreate the environment in CG and produce believable lighting.”

The team also utilised CG, alongside DMPs, to transform a limestone quarry into a Utah desert for the hero title shot sequence. “I have always loved the challenge of set extension”, James continues, “The title shot itself was so dramatic – a real money shot with a dynamic camera move, so we didn’t want to overshadow it with the surrounding environment. In the end, we found just the right balance between believability and brilliance.”

Post-production producer, Dale Heron, comments: “An extensive amount of research and development was completed throughout every stage of the project. Otto and the team completely trusted us to develop their vision; really championing us to push the boundaries.”

“With a shot count of ninety, it's one of our biggest projects ever,” concludes Danny. “Considering Covid-19's impact on so many areas of production, maintaining creative focus and belief was incredibly important.”