AlmapBBDO launch video lessons and an illustrated handbook in aid 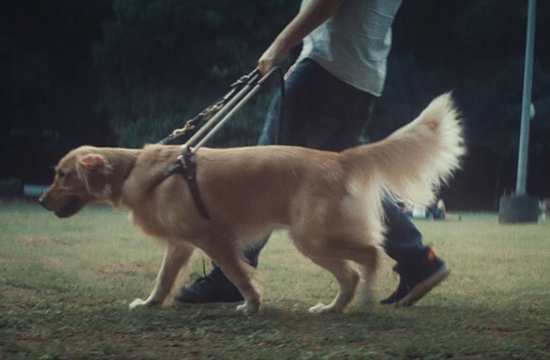 Dogs are man’s best friend. When a human loses their sight, they can often count on the support of a guide dog. But when it’s the dog that goes blind, the reverse isn’t always true. Both negligence and a lack of knowledge about how to address the situation may expose dogs to unnecessary dangers, and often lead to abandonment. According to data from Ampara Animal, 10% of dogs taken to shelters have some sort of special need, including blindness.
To draw attention to this plight and encourage humans to get training to  eal with visually impaired dogs, PEDIGREE®, a Mars Petcare brand – the largest pet food company in the world – has launched Human Guides, the first educational platform that takes the opposite route and teaches human guides to support dogs. Created by AlmapBBDO, Human Guides is an element of the concept of “Feed the good,” from PEDIGREE®, and seeks to make owners aware of the steps they need to take with blind dogs. After all, they’ve been by their caretakers’ side, offering love and affection, all their lives. Now it’s time to return the favour and strengthen the bond between them.
“Just as people are living longer, and it’s becoming much more common to find nonagenarians or centenarians, it’s now much easier to find dogs age 15 and over who are still keeping their caretakers company. Senior dogs, of course, are subject to illnesses related to their advanced age, such as blindness. We truly believe in the magical power of the relationship between dogs and their caretakers. Every day, dogs do so much for us, and when they grow old they can face a number of difficulties. That’s why it’s important to understand the needs of blind dogs and adapt our habits and our interactions with them, as well as strengthening the bonds between guardian and pet even further. PEDIGREE® Human Guides only reinforces our commitment to make the world a better place for pets,” says Valdir Nascimento, Marketing Director for the canine sector at Mars Petcare. 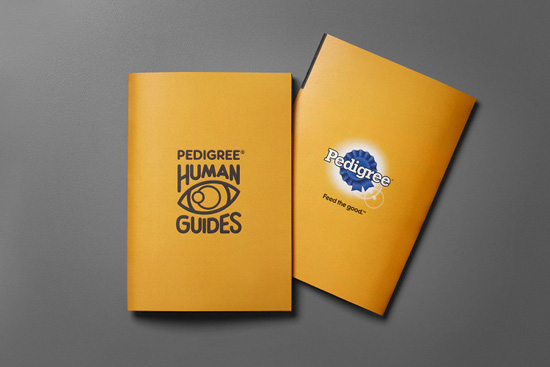 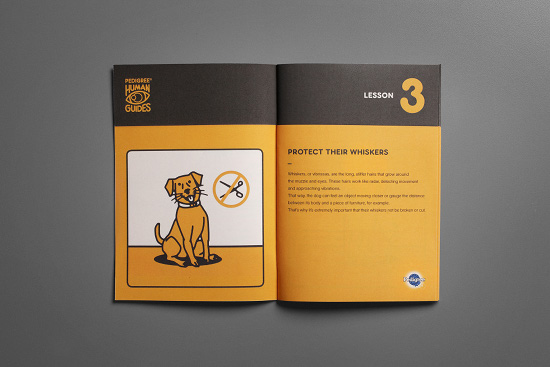 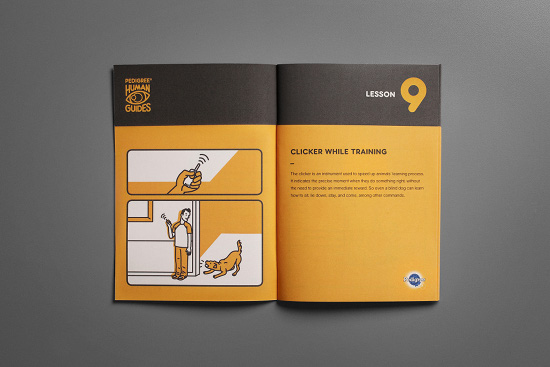 The platform, which is completely free, includes five video lessons from veterinary ophthalmologist Dr. Pedro Guedes, a specialist in canine blindness. The educational content teaches caretakers how to create new feeding and hydration routines, venture out safely, develop the dog’s memory, and play in a new way.
In the eyes of AlmapBBDO creative directors Pernil and André Gola, “Human Guides is a way to draw attention to a real problem that’s much more widespread than you might think. It provides simple and practical solutions that make a big difference in a dog’s life.” 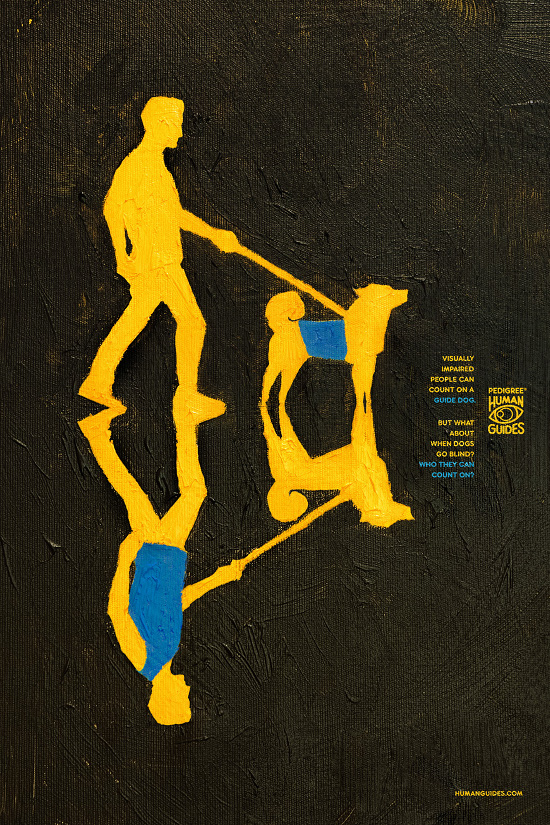 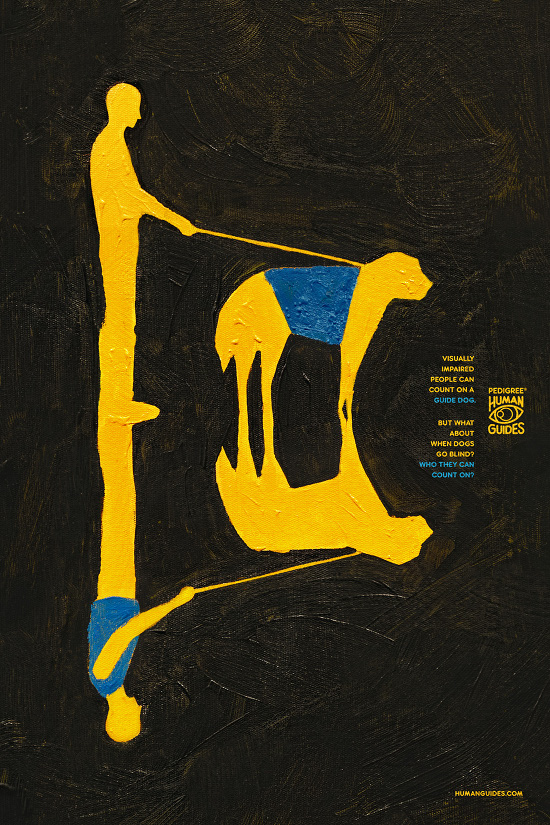 The platform also includes a handbook with 12 lessons, laying out the content in the videos in simple, didactic language. The material can be consulted on the site, in the form of a free e-book, or downloaded and printed out. Campaign posters are also available on the site, and can be shared on social media to spread the word about the cause and reach even more caretakers of blind dogs.
Visit the Human Guides platform: http://www.humanguides.com/
view more - Creative