Integrated campaign by Partners Andrew Aldridge & Engine, with spot produced by Not To Scale 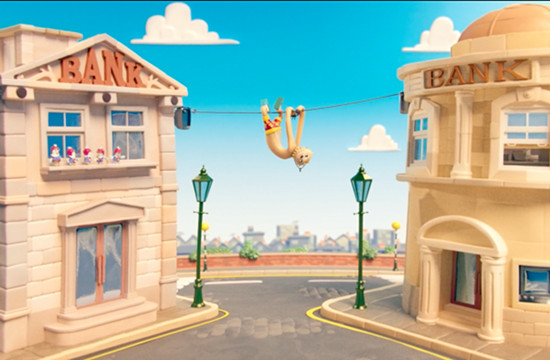 Created by Engine, the campaign uses animated animal characters to drive awareness of the service and explain the concept to the public. The work will go live across TV, outdoor, print, radio, online and social media.

Engine’s digital direct agency Partners Andrews Aldridge has led creative on the campaign, Engine is handling the strategy with PR activity overseen by MHP. Media planning and buying is being managed by the7stars.

Spearheaded by the Payments Council and delivered by 33 bank and building society brands, the new Current Account Switch Service is designed to help consumers, small charities and small businesses make switching current account from one provider to another simpler, reliable and hassle-free.

The standardised service will reduce switching times to just seven working days and should deliver increased customer choice and competition in the current account marketplace. Customers will have control over the date when their current account will switch from their old provider to a new provider and they will be protected by the new Current Account Switch Guarantee and supporting Trustmark.

Creating a ‘simpler world’ for account switching, Engine’s advertising campaign draws on the behavioural traits of the featured animated characters to emphasise the key benefits of the service in comparison to the past. A feathered flying squad of birds represents the speed and efficiency of the new service and the automatic transfer of payments from a customer’s old account to their new one, a highly organised ladybird demonstrates the new opportunity for customers to choose the switch date that suits them and the seamless transformation from caterpillar to butterfly of the central character defines the hassle-free nature of the new Current Account Switch Service. Finishing the television advert with the butterfly landing on top of the Current Account Switch Service Guarantee Trustmark informs customers of what they should be looking out for if they want to switch.

Not To Scale's Pierre + Bertrand directed the final spot, while post was by the team at Rushes.

The final look was created in 3D but looked as though made in Plasticine, thumb-prints and nail dents were created so as to make the handmade craft feel obvious and charming. With the main TVC being one continuous camera move working in 3D made gave flexibility to alter and change the action as opposed to working to creating within a traditional stop motion shoot . A carefully selected dedicated and specialised team were employed to work with Pierre + Bertrand working out of Not To Scale London Headquarters.

The fruits of Pierre + Bertrands labour will be seen across the country. There will be a specially dedicated website simplerworld.co.uk partnered with traditional TV commercials as well as a bespoke digivan making its way around London. Keep an eye out for the 6ft caterpillar and friendly sloths on your way.

Mark Davison, a partner at Engine, said: “This campaign aims to drive awareness of a very important new initiative in a fun and eye-catching way. The potential that this service offers is huge and we believe that our characters, communications strategy and ‘Simpler World’ proposition underlines just how beneficial this scheme can be to the public.”

Adrian Kamellard, the chief executive of the Payments Council, said: “Today marks the beginning of a new era for competition and consumer choice in the current account market. Over the past two years multiple financial institutions have come together to design and implement this new, free and standardised service which will raise the bar internationally for retail banking. 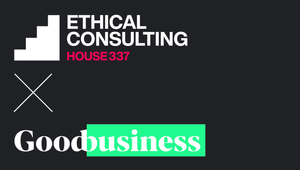