Payment Ninjas Get Their Geek on with TBWA and Outsider

Director Jim Gilchrist and TBWA\Manchester get a 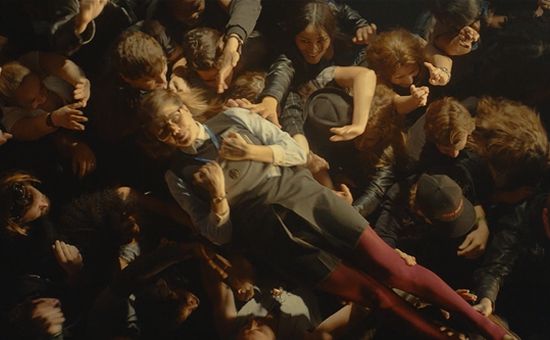 TBWA\Manchester has produced its first through-the-line campaign for MBNA after being appointed earlier this year following a competitive pitch.

MBNA is one of the leading suppliers of credit cards to consumers in the UK. They issue credit cards in their own name and also for a number of iconic brands, including Manchester United, Chelsea, Virgin Atlantic Airways, Emirates, the RSPCA, National Trust and British Heart Foundation.

The new campaign celebrates the many years that MBNA have been providing strong financial services to millions of consumers ‘under the radar’ and relatively unnoticed. The ad features four MBNA ‘staff’, the boffins behind the MBNA credit card, shown in the outside world and a little out of their comfort zone. But when they’re back in their natural environment, the MBNA ‘offices’, they’re the finance experts – the payment ninjas.

“The campaign celebrates that MBNA are great at what they do in a disarmingly honest and humorous way, disrupting the generally dry conventions of the sector. All that we ask of our financial services providers is that they’re good with our money - and this campaign brings to life MBNA’s obsessive dedication to being the best.” said Fergus McCallum, CEO at TBWA\Manchester.

“At MBNA, we focus every day on making sure we get the details right for our customers. People want to know they can rely on us for the ‘financial stuff’. Our new campaign showcases how we make a virtue out of being boringly good at managing your credit card.” James Poole, Strategy & Innovation Executive at MBNA.

The TV goes live on Friday 6th November with a mix of 40” spots and is supported by VOD, Digital Outdoor, Traditional Outdoor, National Press, Digital, Social and PR.