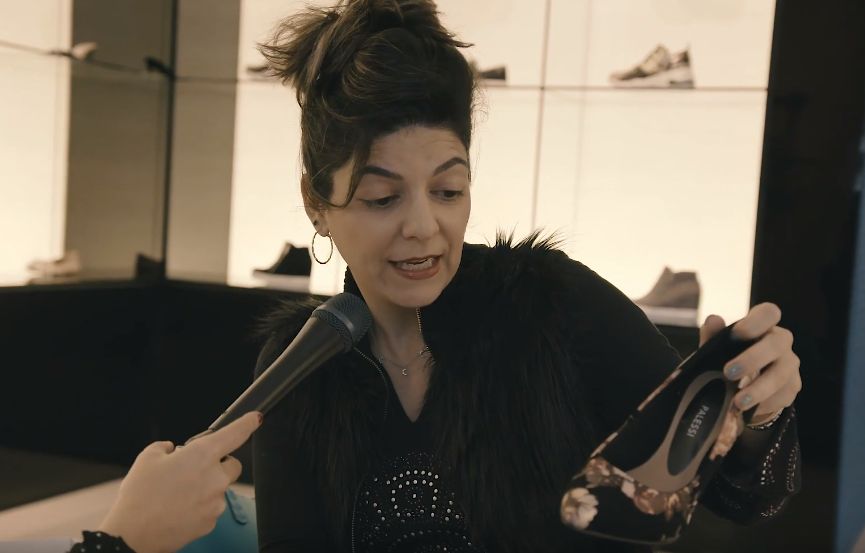 Advertising agency DCX Growth Accelerator has created a campaign on behalf of budget shoe retailer Payless that aims to dramatically change perceptions of the brand. It documents how Payless created a fake luxury store named 'Palessi', filled it with Payless shoes that normally retail between $19.99 and $39.99 and managed to sell these shoes to fashionistas for prices up to $640.

The campaign launches with a 30-second spot in English and Spanish followed by 15-second and 06-second spots each featuring a real-world fashionista speaking about the superior quality of Palessi shoes and then registering shock upon learning that the shoes are in fact from Payless.

“Payless has gone to great lengths to create a portfolio of fashionable and high-quality shoes, but perceptions of the brand lag far behind this,” explains Sara Couch, CMO, Payless. “The campaign plays off the enormous discrepancy and aims to remind consumers we are still a relevant place to shop for affordable fashion.”

The spots capture fashionistas on camera paying for shoes marked up by not just a small amount but by 1,800%. When they learn that the shoes are from Payless, their faces register not just surprise but shock. The campaign is entertaining in part because of how thoroughly the Palessi branding persuades the fashionistas that the shoes are luxury items worth their enormous price tags and in part because of just how shocked they are to learn that it’s Payless.

“We wanted to push the social experiment genre to new extremes while simultaneously using it to make a cultural statement,” added Doug Cameron, chief creative officer of DCX Growth Accelerator. “Payless customers share a pragmatic point of view, and we thought it would be provocative to use this ideology to challenge today’s image-conscious fashion influencer culture. The ‘gotcha’ genre works particularly well for Payless because there is a discrepancy between how the influencers see the shoes and how they see the Payless brand.”