Pay Like A Player With The World's First Wearable Credit Card 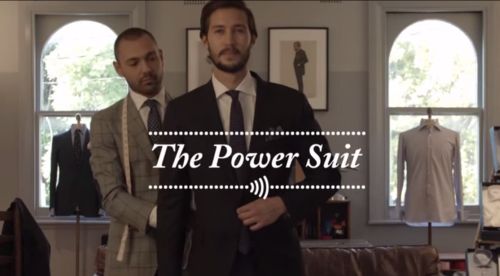 In a wearable technology first by Whybin\TBWA Sydney and Eleven\PR, tailor M.J. Bale has partnered with Heritage Bank and Visa, to create a suit with a contactless payment chip and antenna fused into the sleeve, giving men the ability to pay for anything with the effortless swagger of a celebrity, tycoon or double agent.

The M.J. Bale Power Suit allows men to pay “invisibly” with just a wave of their sleeve in bars, restaurants, or anywhere Visa payWave is accepted. The contactless technology embedded in the suit is linked to an online Heritage Bank Prepaid account, allowing the wearer to check the balance and top up their suit on the go.

The prototype suit is made from 100% Superfine Australian Merino Wool and has a stylish cut overseen by master Japanese tailor, Kenichi Kaneko. The elegant design means it is wearable technology... that a gentleman would actually wear.

Dave Bowman, Executive Creative Director Whybin\TBWA Group Sydney said, “Have you ever seen Bono, Obama or Bond pay for anything with a wallet? No. There’s a reason for that. The most powerful men in the world don’t need to carry a wallet, and now, thanks to Heritage Bank and Visa nor does anyone with an M.J. Bale power suit.”

A number of these suits are exclusively fitted for trial by VIP M.J. Bale customers and influencers. One of the suits will be sold in the M.J. Bale, Westfield Sydney store and another auctioned online by Heritage bank, with all proceeds going to the charity 4 ASD Kids, which supports children with autism spectrum disorders.