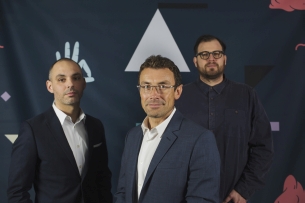 Spriggs will join the management team and company board alongside Jonathan Trimble, CEO, Matt Keon, Executive Creative Director, Rob Ward, Strategy Partner and Anna Carpen, Creative Director. This new hire is a direct response to the success of recent campaigns and client wins for 18 Feet & Rising and Spriggs will serve to boost these growing client functions across the agency.

Paul Spriggs, Chief Operating Officer, comments “18 Feet & Rising has some incredible clients, great talent at the helm and a reputation for delivering on the kind of bold creativity that solves business problems. It’s great to be coming in off the back of success, and I’m looking forward to using my expertise to further growth.”

When Fallon was ranked the most awarded agency in the world by Creativity magazine, as well as agency of the decade by AdAge, it was Spriggs who ran from New York a client group including the United Airlines Asia Pacific account. Following that he was promoted to Fallon Worldwide, expanding the network in Asia-Pacific and running key regional business alongside this. While at JWT he led creative and media agencies for Kellogg’s Australia and New Zealand before being promoted to Regional Director, where he led the Kellogg’s business across Asia and South Africa.

Matt Keon, Executive Creative Director, says “Paul is one of the few people that has an innate understanding of how clients businesses work as well as a pin-point strategic outlook. He's a world class talent and we're lucky to have him here.”

Alongside Paul’s appointment 18 Feet & Rising announce that Graham Fowles, previously of Fallon, M&C Saatchi, and DDB London, joins as a Group Strategy Director reporting into Strategy Partner, Rob Ward. While at DDB, Fowles worked across the Financial Times, Capital One & Kraft Food accounts, and developed the “We live in Financial Times” campaign, winner of the best campaign at the Campaign Poster Awards. At WCRS he launched Santander in the UK market and at M&C Saatchi led the strategy on NatWest and Currys PC World.

Edward Rosoman also joins as a Group Business Director and will report into the newly appointed Spriggs. Having also previously held positions at Fallon - on the award-winning Gorilla campaign for Cadbury - and RKCR across accounts that include Lloyds Bank, Vodafone and The BBC.

Jonathan Trimble, CEO says “The best talent is tough to recruit. We’re delighted. But this is just the start. There’s more to come.”