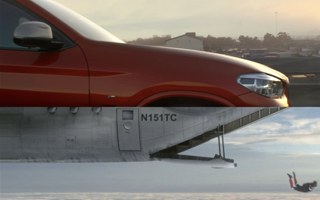 Nicholas Berglund director Paul Mignot has just released the latest film for the second generation of the BMW X4.

The car places a far greater emphasis on sportiness and expressive design.

Have a look at the extravagantly styled and dynamically stretched lines of the exterior, and the premium feel in the interior.

A film was created to support the cutting edge design and features of the car, that plays with juxtaposition of the car features and things and events that serve as a benchmark for excellence and thrill.

Check out Paul's work at nicholasberglund.com