DLKW Lowe gathers together a host of stars to raise awareness 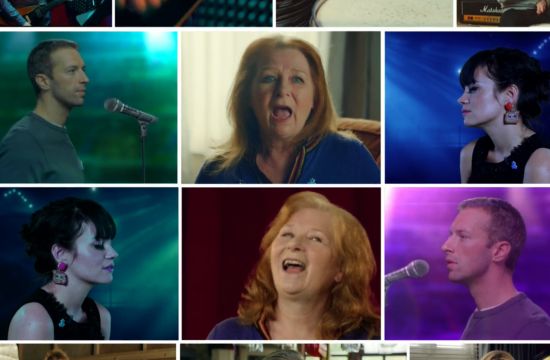 Some of England’s best-loved performers are starring in a new short music film, part of which will be airing as an advert for the first time tonight, to raise awareness of a new Dementia Friends campaign from Public Health England and Alzheimer’s Society highlighting that people with dementia can still live fulfilling and rewarding lives with a little help, understanding and kindness from those around them.

The campaign was devised by agency DLKW Lowe and the star-studded spot produced by Pulse Films and directed by Mat Whitecross.

And the project seems to have moved the celebrities involved to find out more about the condition themselves. “I think everyone should watch the Dementia Friends video to see the amazing and brave lady who lives with dementia in it. Gina is very open about a condition that there’s so much stigma about, but she’s got great support is using her position to spread the word,” said comedian and writer Meera Syal.

Dementia is one of the biggest health crises facing the UK – around one million people will be living with dementia in England by 2021.

The film will encourage viewers to become a Dementia Friend – which means gaining an understanding of the challenges faced by people with dementia and learning a few useful tips to help make life better for those living with the condition. To become a friend, individuals watch a short online film, which explains what dementia is, how it affects individuals and what people can do to help those living with the disease. Once they’ve watched the film, they then enter their details in order to receive a Dementia Friends badge (to show their support), and ‘Little Book Of Friendship’, which includes further ideas and tips on how to help people with dementia. Alternatively, people can attend a face-to-face awareness session run by Alzheimer’s Society in their area.

The initiative forms part of the Prime Minister’s Challenge on Dementia, and builds on commitments declared at the 2013 G8 Dementia Summit, which included a call to improve the quality of life for people living with the disease.

Jeremy Hughes, Chief Executive of Alzheimer’s Society, said: ‘Given that one in three people over 65 will develop dementia, it is fantastic to be working together with Public Health England to launch a star studded campaign to raise awareness of dementia and encourage people to become Dementia Friends.’

‘Everyone has a role to play. Through Dementia Friends, we can all understand a bit more about what it is like to live with dementia and the small things that help those with the condition. It is easy and free to become a Dementia Friend, so I urge you all to sign up and make a difference.’

To become a Dementia Friend, visit http://www.dementiafriends.org.uk/. The full film of ‘With A Little Help From My Friends’ will also be available to view on the site.