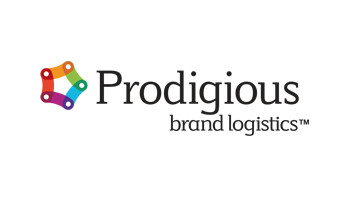 Prodigious brings together specialist production expertise in print, video and digital. Its role is to help global brands produce and deliver their marketing messages across the planet by bringing to life creative concepts efficiently as they enter production.

“Not only does Paul know the production industry inside out, he has also pioneered production systems geared to greater efficiency”, says Jean-François Valent, CEO of Prodigious. “As we launch brand logisticsTM, our unique service offering designed to better help brands meet the production challenges of an increasingly diverse, complex and global media landscape, he is an invaluable addition to our organisation”.

“I’ve been training for this job for 30 years”, comments Paul, “collaborating with some of the biggest brands and most progressive agencies around the world. Bringing this experience to a proposition as strong as brand logisticsTM, feels like a unique opportunity that would certainly not have existed a few years ago”.

In New York, Paul’s role will focus on strengthening existing relationships with agency clients such as Publicis Kaplan Thaler, Saatchi & Saatchi New York and Publicis Healthcare Communications Group and direct clients such as Sanofi and Citi. He will also be in charge of developing advanced cross-media production solutions bringing together print, video and digital.

After a career started on the production of Procter & Gamble’s daytime serial “Guiding Light”, Paul joined adverting agencies Geer, Dubois, and later Campbell-Mithun-Esty, soon occupying senior roles such as Vice President, Director of Broadcast Production and working for brands such as Jaguar Cars, IBM, World Gold Council and Brown and Williamson. In 1994, he co-founded Madison Advertising Management, a production consulting firm, and in 2004, he formed Mavis & Co where he further pioneered efficient production systems. In 2012 he joined Talent Partners, the leader in global talent and production support as Managing Director and most recently served as President, the Americas for MCA, a global production consultancy.