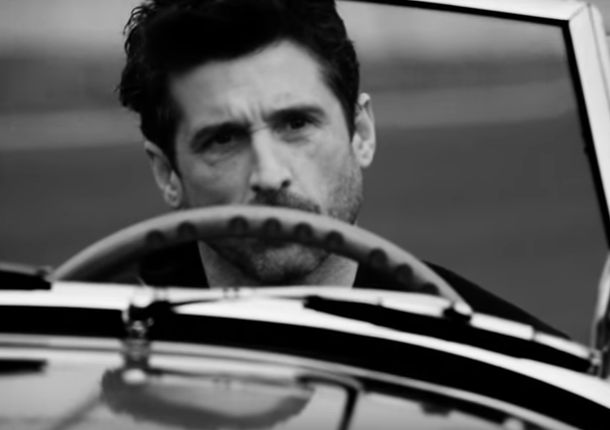 Patrick Dempsey (Grey’s Anatomy and Bridget Jones Baby) makes his directorial debut with 'To Jack.' A true renaissance man, Patrick Dempsey has excelled as an actor, race car driver and now as a director. On being a first-time director, Dempsey noted that “[He] couldn’t have asked for a better experience behind the camera.” Patrick Dempsey joins Independent Media’s roster of A-list storytellers, which includes Jean Jeunet, Doug Liman, Matt Reeves, Janusz Kaminski among others.

'To Jack' is a gift from Patrick to Jack Heuer’s legacy. To this point, the piece is shot in black-and-white and centres on Patrick Dempsey driving a classic roadster. The roadster is identical to Jack Heuer’s first car, which was given to him as a college graduation present. The striking visuals are set to a soundtrack composed by Grammy-nominated jazz musician Christian Scott aTunde Adjuah, which only compliments the film’s evocative feel. Patrick Dempsey’s directorial prowess highlights his devotion to preserving Jack Heuer’s legacy. On the subject of Tag Heuer’s heritage, Dempsey said, “We tried to create the essence of the past, present and future.”

In keeping with Independent Media’s collaborative spirit, Dempsey partnered with Oscar-winning Janusz Kaminski (Saving Private Ryan, Schindler’s List and Diving Bell and the Butterfly) to helm the film’s photography. The cinematographer’s trademark style further accentuates the lasting sentiment of timelessness. Patrick expressed his gratitude in working with renowned Kaminski claiming that “[He] was fortunate to work with one of the industry’s most innovative talents. Janusz was an absolute joy to work with.”

Patrick Dempsey welcomes this new path in his creative ventures, and plans on doing more directing in the future. These sentiments are bolstered by his positive experience with Independent Media, on which he commented “Independent Media’s Susanne Preissler went above and beyond as a producer. Independent Media was very supportive, and I couldn’t have done it without them.” The newly-minted director also stated that, “She encouraged me to get behind the camera. Without her support, I wouldn’t have done it.”