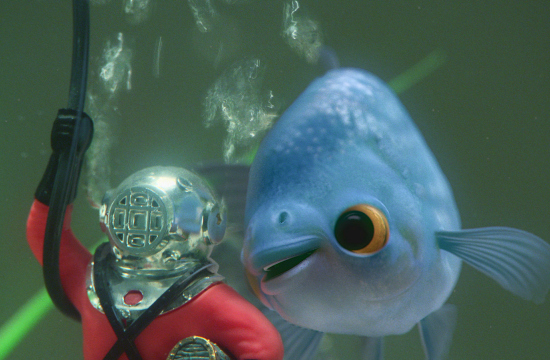 The brief was a ‘rare charm’ for director Darren, due to its simplicity and humour. We see a frustrated goldfish in a living room who is subjected to endless repeats of old movies on the family TV. He is trying to broadcast the benefits of blinkbox to the oblivious and slightly uninterested family, winding him up further. Darren chose to play our hero fish character as straight as possible, by modelling an accurate depiction of a goldfish with a big attitude which is emphasised by the voice over.

Darren says about the process ‘We were given complete freedom to nail the fish character's animated performance. Most importantly Karmarama trusted us not to go too cartoony. The fish is, after all, just a talking head with nothing more than a couple of lame flippers for hands to gesture with. His frustration is amplified by his limited physical state. Hilarious!’