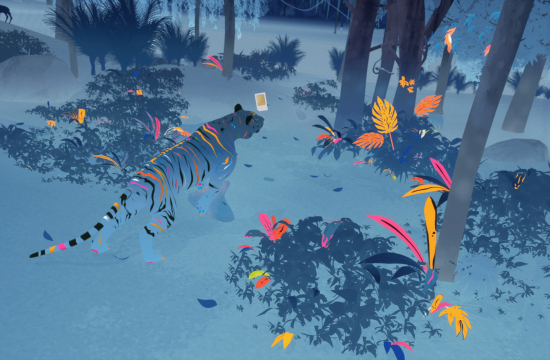 The commercial sees the O2 Sim card travelling through the landscapes of India, Pakistan and Bangladesh using the designs of local artists Shuvo Arman, Humna Mustafa and Anj Rana . Lobo successfully brings these worlds to life by transporting the 2D designs into a rich 3d narrative, resulting in a truly immersive journey. Lobo worked closely with each individual artist to ensure their style and culture was accurately translated and represented throughout the film.

Lobo says ‘The greatest challenge was to create the worlds as if imagined by the artists themselves and also to animate them, because even if the designs worked great as a still artwork for print at that stage one could only imagine it "alive" and animated… we think it worked out pretty well.’